The sensors behind the green energy boom 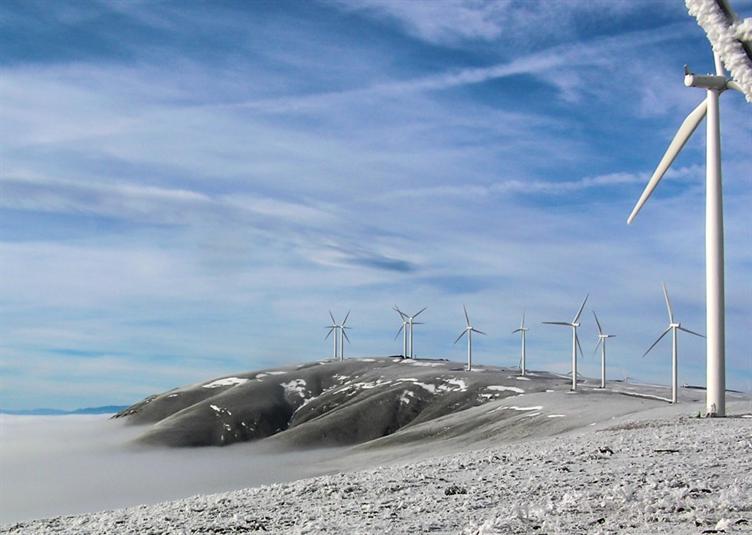 Ice accumulation on wind turbines is a key challenge - and monitoring for it is a perfect job for sensors.

Electric grids worldwide are under increasing pressure to guarantee grid stability while striking the right balance between the rapid growth of low-carbon energy and the dwindling uptake of incumbent power. Advances in the four D’s — digitization, data, decentralization and decarbonization -- are behind the pressure surge creating a wide range of challenges and opportunities to embed disruptive technological innovation into the energy transition. Advanced sensors are among transformative disruptors building the case of distributed energy resource systems paired with superior data-driven optimization capabilities.

Sensors - diverse, but unified in data transmission and sharing

At the individual level, sensors gather and transmit information about specific components on different systems connected to the electrical grid. These systems are located at either the generation, transmission distribution or demand level. With the internet of things, these scattered information points are leveraged to collectively contribute to how the grid balances supply and demand so that the reference frequency of 60 Hz is stable at all times across the U.S. This becomes more complicated as more intermittent power is injected into the grid, but advanced sensors help conventional power plants to compensate for energy fluctuations caused by intermittent sources.

Predominant energy sources in the U.S. include wind, solar, water, geothermal, bioenergy, nuclear and hydrogen. From these, the growing uptake of renewable energy into the American grid network is attributed primarily to biomass, geothermal, hydropower, solar and wind. In the first five months of 2020, these provided 22.3% of total electrical output in the country, with solar and wind contributing to a net electrical generation of 12.6%.

Sensors on wind turbines: Wind turbines transform the kinetic energy in the wind into electrical power. While numerous components are part of this process, sensors provide the necessary information for each component to operate individually and collectively. Whether on the nacelle, rotor blades, tower, gearbox or bearings, sensors monitor the turbine's condition and certain parameters in the surrounding environment to continually optimize energy production, avoid catastrophic damages or shut the turbine down completely. Some sensors used on wind turbines include:

· Temperature sensors; which are placed on different components in the nacelle to monitor changes that can lead to overheating

· Level sensors that monitor the gearbox oil and give maintenance crews an indication of when it should be refilled.

Sensors on solar panels: Solar photovoltaic cells are light sensors that convert sunlight into direct current which is further transformed into alternating current by an inverter. The success of this process is dependent on several factors, including the solar resource, tilt angle of the panels, shade, temperature, topography and panel configuration. Sensors are used to provide real-time status updates on these different factors, condition monitoring information for predictive maintenance, high resistance joint monitoring, energy yield assessment and solar plant data for future layout optimization.

Sensors used in biomass plants: With a biomass plant, material from plants or animals is burned on a grate. The thermal energy of the steam produced in the steam turbine is converted into mechanical work that drives the generator to produce electricity. From combustion to energy production, various sensors are installed to monitor biomass plant performance and to ensure that real-time parameters are within project specifications. For example, in the furnace, temperature sensors are installed to monitor the flue gas temperatures; level sensors are installed on the deaerator or steam drum. Another example includes flow sensors on the suction side of pumps to ensure that the designed flow rate and pressure are actually reaching the pumps to avoid cavitation.

Sensors used in hydropower: Hydropower is produced when the kinetic energy of falling or fast-running water is converted into electrical energy. Structural health monitoring is of paramount importance to identify excessive vibration, crack propagation, differential settlements and possible blockages. Sensors are installed at selected points to guide remote monitoring and plan preventative maintenance. For example, the force of the water entering the plant pushes dirt and debris in the flow direction, which is captured by an installed filter to avoid possible damages to the turbine blades. A differential pressure sensor is installed on the filters to measure the pressure difference between the flow entering and leaving the filter. At a certain threshold, the pressure difference on both sides is an indication that the filter should to be changed. Other sensors used include: level sensors, temperature sensors, flow rate sensors, vibrating wire sensors and resistive sensors.

Sensors in power transmission and distribution

The electrical grid was traditionally centralized and unidirectional. In the drive for grid modernization, sensor technology has changed this narrative by introducing sensing on transmission lines, demand management, isolation, and bi-directional communication between energy providers and users. This introduces real-time information exchange between different components that automatically adjust specific parameters for optimal grid management.

Sensors installed along the transmission and distribution lines give utility companies a granular view for better outage and predictive asset management. Before fault circuit indicator sensors existed, most companies relied on flashing lights to indicate where a possible fault occurred. This would lead to delays in identifying faulty lines and plan for the isolation process. Now with supervisory control and data acquisition (SCADA), it's possible to monitor current flow, plan for outages, switch grids on and off, isolate faulty lines, monitor circuit breakers, and conduct other activities that contribute to optimal supply and demand balancing.

For the most part, sensor technology also influences demand habits when electricity reaches commercial buildings, transportation systems, cities and private users. Smart cities, building efficiency and smart transportation are all part of the trends being driven by the 4 D's that alter how consumers interact with electricity. With sensors, users are in better control of how and when they use energy; a benefit that directly influences electricity pricing and how much end-users pay at the end of the month.

As energy becomes less centralized and incorporates different energy sources from various geographical locations, remote asset monitoring and management with sensors ensure that energy providers can better control and manage different assets. It also means that the task of supply and demand balancing, while still a challenge, is making impressive progress with more renewable energy. This leap forward in greening electric grids would not be possible without the use of sensors.

By posting a comment you confirm that you have read and accept our Posting Rules and Terms of Use.
Advertisement
RELATED ARTICLES
The 3 Ds of energy
Smart bridge sensors
These Sensors Send a Text When a Bridge Crack Is Detected
Grid Management Recommendations for North American Utilities
Wireless gas sensors gain adoption with the rise of IoT
Advertisement