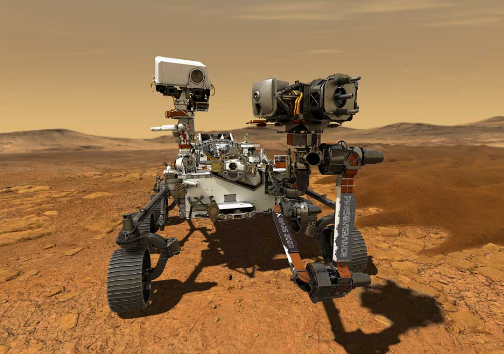 Perseverance has gotten straight to work to fill in the Red Planet's data gaps after landing on Mars on February 18. Different sensors make it possible to better understand the rover's working environment and prepare for future missions.

Perseverance, nicknamed Percy, is a 1,025 kg high-tech rover, equipped with 23 cameras, titanium wheels, sensors and updated versions of technology used on its predecessor Curiosity. It is part of NASA’s Mars 2020 mission to explore the Jezero crater, gradually determine whether signs of life existed on the Red Planet and gather samples of rock and regolith for possible return to Earth.

Perseverance also represents a collective international effort to combine advances from various disciplines into a common goal: go beyond Earth's limits and prepare for a possible future in space. From its successful landing on February 18, 2021, to its current status on the Red Planet, exciting milestones have been achieved technologically, ensuring that future operations are backed with high-level data and knowledge to mitigate alarming issues during long space missions.

Of particular interest are the data collected from numerous sensors during its entry, descent and landing, and while the rover is busy doing its main job. The Mars Entry, Descent, and Landing Instrumentation 2 (MEDLI2) and Mars Environmental Dynamics Analyzer (MEDA) are a suite of sensors that work in tandem with different electronics and hardware to give Perseverance and NASA’s control center extra eyes and pores outside of Earth’s atmosphere.

Extreme heat and atmospheric forces can derail a space mission if they exceed a spacecraft's design limits. In many cases, designs are made using different predictions based on previous experiences in space or using data to make informed decisions. Sometimes these informed predictions are correct, while other times, unforeseen factors stress test the design limits. The MEDLI2 sensors lower the probability of error in harsh environments by measuring the extreme heat and pressure during entry into Mars. The sensors were strategically placed at the heat shield and back shell of the entry vehicle to measure the heat experienced by the back shell and the temperature influence on the thermal protection system. 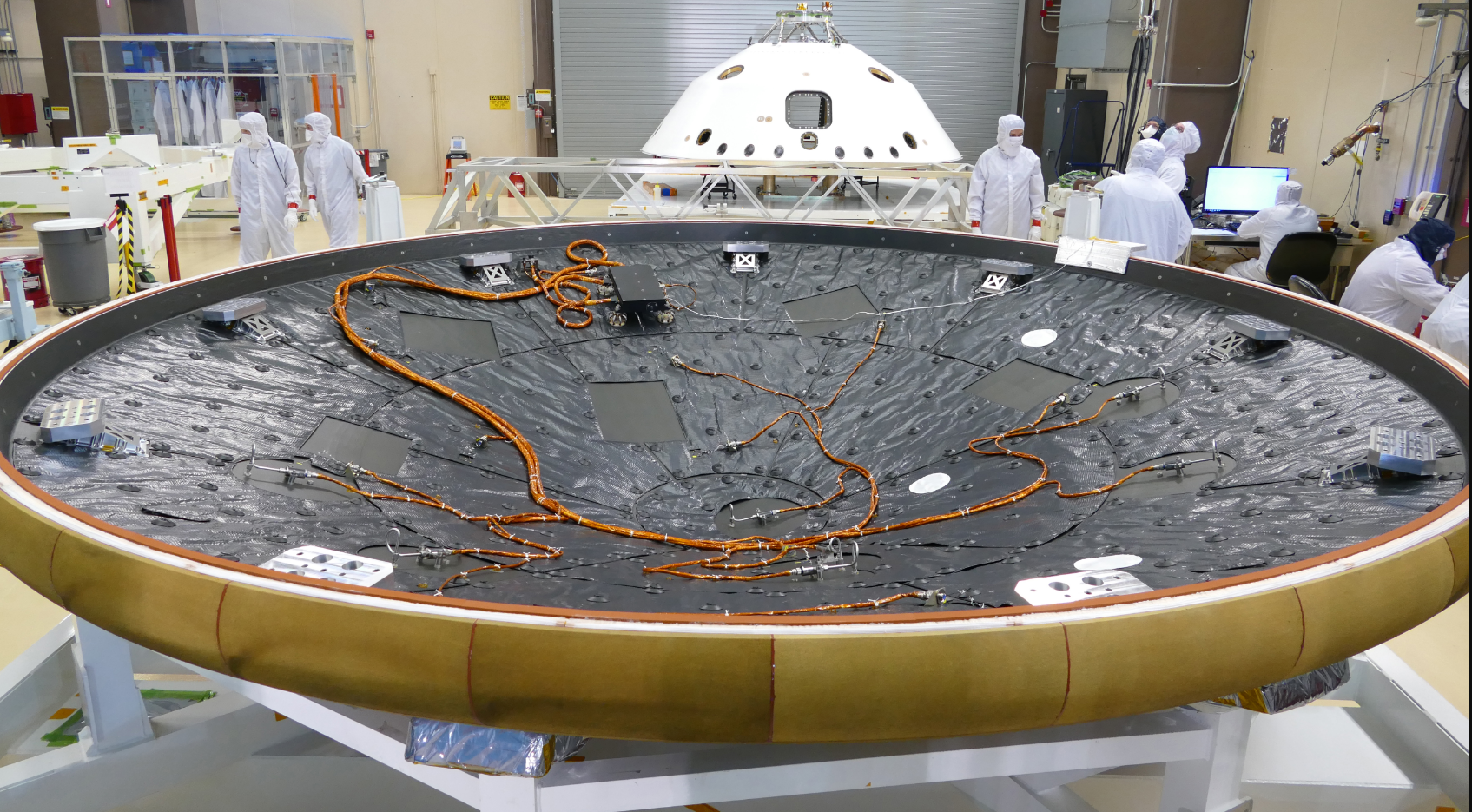 Three types of sensors were used in the MEDLI2: thermocouples, heat flux sensors and pressure transducers. Thermocouples are used to measure temperature based on the electric current generated when both legs of the device have a temperature gradient. These devices ensure continuous temperature measurements with a compact design and the absence of moving parts that could malfunction at any stage of the mission. H 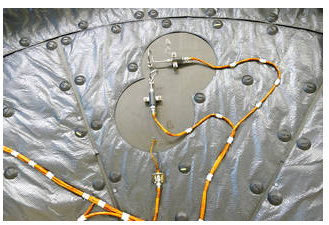 Temporal and spatial changes in weather make it difficult to predict what certain conditions will be. While this has been mastered, to some extent on Earth, the weather on Mars is entirely different, being dominated by dust and other factors not usually included in predictive and meteorological models. MEDA is a suite of environmental sensors located on the Perseverance’s mast, deck, front and interior of the rover’s body. This suite consists of air temperature sensors (ATS), humidity sensor (HS), pressure sensors (PS), radiation and dust sensor (RDS), wind sensors (WS) and thermal infrared sensor (TIRS). 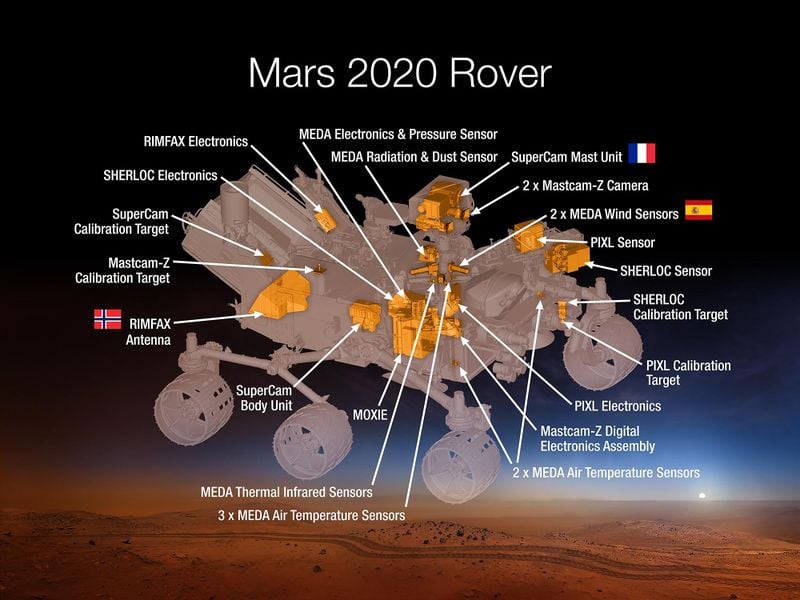 The MEDA suite of sensors is designed to record the optical properties of dust and other atmospheric parameters such as pressure, relative humidity, wind speed/direction, air temperature, ground temperature, radiation in discrete bands, among others. There are two wind speed sensors located on the remote sensing mast (RSM) designed to measure the approaching wind speeds with a 2 m/sec accuracy in the range of 0 m/sec to 40 m/sec.

Additionally, air temperature is measured with five sets of thermocouples measuring within a range of 150 K to 300 K. Three are located around the RSM, while the additional two on the lower body of the rover. Temperature measurements help assess how the rover's performance is affected by changes in the atmosphere and determine whether material and equipment properties are altered.

The radiation and dust sensor plays a vital role in understanding the dust composition on Mars and developing future models that assess how spatial and temporal changes affect dust formation. There are include eight upward-looking photodiodes that mostly face the zenith direction. The level of dust deposition is achieved by comparing the opacity from other Mars 2020 optical instruments. By studying the dust on Mars, researchers are better equipped to understand how it influences the weather and temperature.

Much of the energy used to power the different sensors aboard Perseverance is possible by radioisotope power systems (RPS) technology. RPS consists of a thermocouple and a heat source that contains plutonium-238 (Pu-238). Power is produced from the temperature difference caused by the natural decay of the Pu-238 and the cooling in space.

Perseverance is still in the initial stages of its mission and already it's clear that without the sensors and other technologies, many discoveries expected in the coming months would remain unknown. As data is transmitted back to Earth, key pieces of the puzzle will begin to fall into place. Earth will be one step closer to understanding weather patterns, dust formation, pressure and extreme environmental factors in space and Mars. It will also be possible to improve spacecraft designs so that entry, descent and landing are safe.

By posting a comment you confirm that you have read and accept our Posting Rules and Terms of Use.
Advertisement
RELATED ARTICLES
NASA launches new rover Perseverance to Mars
PKB Wins Contract to Support Mars 2020 Mission
Monitor the Mars 2020 Perseverance mission with this NASA visualization tool
The Mars Helicopter is packed and prepared for launch
Video: Touchdown as Perseverance lands on Mars
Advertisement