Natural gas is known as the cleanest fossil fuel that can be found due to its relatively low production of pollutants such as carbon dioxide, which is a destructive greenhouse gas that contributes to climate change. However, the damage that natural gas does to the environment can be reduced even further by limiting the pollutants emitted from the burning of it. How can this be achieved? Research undertaken by scientists has found that if certain advanced catalysts are used when burning natural gas, the temperature used to burn methane (the biggest component of natural gas) can be lowered. 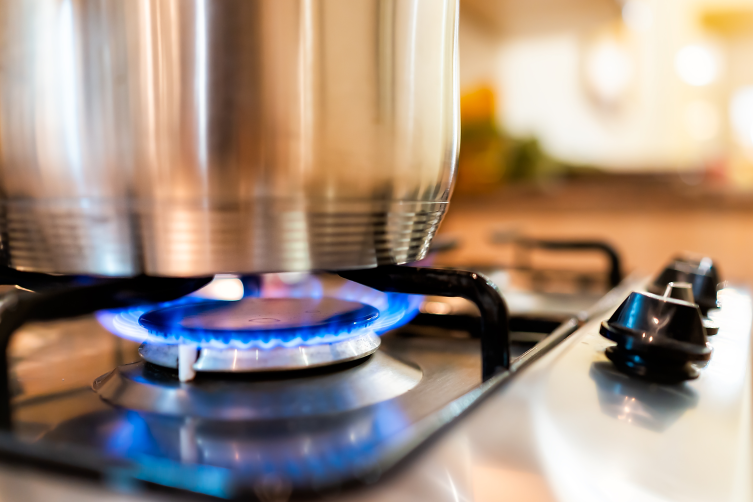 The more efficiently that methane is burned, the more it reduces the greenhouse gases emitted and the more it also reduces the energy needed to actually burn it in the first place. So, bringing the temperature down is an important step forward in the quest to save the planet (dramatic but true).

Reza Shahbazian-Yassar, a professor of mechanical and industrial engineering at the University of Illinois, Chicago (UIC), and his team have developed a state-of-the-art catalyst that is made up of 10 various elements. Each individual element possesses the ability to bring down the combustion temperature of methane on its own, but they have all been combined (with oxygen added) to create a more powerful catalyst. The result: a catalyst that can reduce the combustion temperature of methane by (about) half! This means the temperature will be brought down from 1,400° Kelvin, to 700 or even 600° Kelvin.

This is not Shahbazian-Yassar’s first foray into the catalyst field, previously he and his team have demonstrated their ability to develop multi-element nanoparticle catalysts. They utilized an original shock-wave technique and the catalysts were referred to as high entropy alloys. Prior to this, scientists had not attempted to make nanoparticles out of greater than three elements, due to the tendency of the element’s atoms to separate from one another and be rendered useless.

They took advantage of their high-tech, real-time, high-temperature electron microscopy system that was available to use at UIC, and were able to show that high entropy nanoparticles that consisted of 10 metal oxides were very stable at high temperatures, all the way up to 1,073° Kelvin. Furthermore, the individual elements were spread out evenly across each nanoparticle creating a single, stable, solid-state crystalline structure. This special metal oxide alloy was made up of different mixes of noble metals, oxygen and transitional metals, which are rare-earth metals.

It is extremely difficult to maintain a perfect mixture of all of these elements in a solid state because of their differences in oxidation potential, atomic radius, electronic properties and crystal structure. However, the team at UIC were able to show that it is possible. They created multiple different alloys, all with different element structures. What they found through their trial and error approach was that the successful combination of 10 elements was not only the most efficient at reducing the combustion temperature, it was also the most stable mixture at the desired high temperatures. The full paper produced by the team at UIC can be found here.

What does this mean? 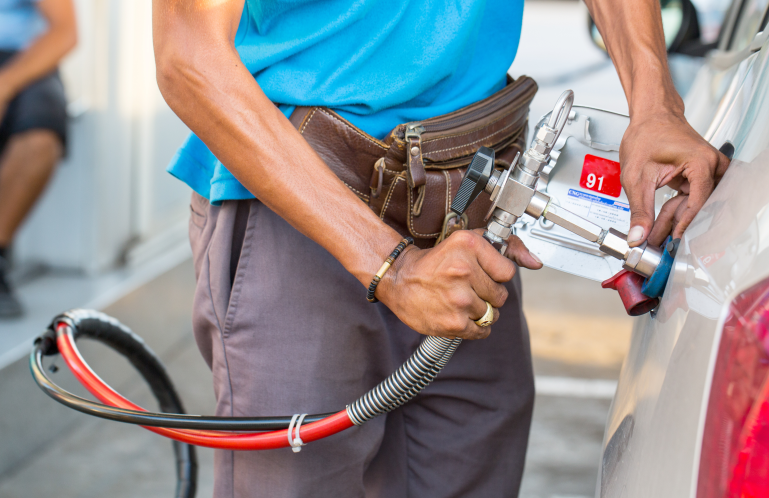 Natural gas is used to power a very low percentage of cars. It is delivered into a gas tank in the car using this special dispenser. Source: hin255/Adobe Stock

Such innovation shows that there can and will be huge changes to the way fuel is generated and power is used, as the journey toward net-zero carbon emissions becomes more time-sensitive. The human race is now at a point where change must happen before it is too late. While there are many studies that estimate when we will cross the point of no return, the general consensus is that we do not have more than 10 years. As stated by the Independent, there are less than seven years to make big changes.

Can catalysts save the planet?

The catalyst mentioned above was focused on reducing greenhouse gases produced, whereas another nano-catalyst has been developed that is aimed at recycling these greenhouse gases into highly value-added hydrogen (H2). This creation is expected to add to existing waste-to-energy conversion technologies and make them even more efficient. This catalyst possesses twice the conversion efficiency when compared to typical electrode catalysts.

It takes advantage of a new method devised by a research team at the School of Energy and Chemical Engineering at UNIST, which enhances that stability and performance of catalysts. This particular method was then applied to the reaction (in this case it is the dry reforming of methane) that generates carbon monoxide (CO) and H2 from common greenhouse gases like CH4 and CO2.

In short, this nano-catalyst eliminates any degradation in performance for at least 410 hours of operation (this is the length of time the scientists tested it for). It also resulted in a higher than normal methane conversion at over 70% at 700° C, which is twice the normal rate.

Both of these new developments in catalyst technology are huge steps forward in the field of energy utilization and optimization and will help to reduce our carbon footprint for years to come.

What is your opinion on these new developments in the catalyst field? Do you think they will make as much of an impact as these scientists claim? Let Engineering360 know in the comments below.

I can see that pollutants produced may be reduced, but why would I want the methane to burn at a lower temperature - this doesn't explain whether the heat produced from a given mass of methane is more or less than when burning it at a higher temperature - it merely sweeps it into the "more efficient" bag.

Lost my attention at the second line with CO2 being a destructive greenhouse gas, tell that to the plants which would die if all the CO2 were removed.

More flummery garnered to pander to the "renewables" money pot!

I wonder if it will be automatically added to the methane which makes me wonder what will be the effects on the already lower calorific value when it is used to replace acetylene in heating and cutting especially in power station maintenance.

Re: New catalyst can make natural gas burn cleaner
#4
In reply to #3
MNIce

The catalyst would be part of the burner, not an additive to the fuel. With its scarce metal components and exotic manufacturing process, it will be far too expensive to use as a consumable.

What is gained by modifying the combustion to get poisonous carbon monoxide instead of carbon dioxide? It still has to be completely burned to carbon dioxide to render it non-toxic.

The only benefit I see in reducing combustion temperature is the prevention of nitrogen oxide compounds formation; those are a health hazard in homes with gas cooking appliances, and they acidify rain outdoors.

I doubt very much that this will see much application in processes requiring high temperatures. Anybody who wants to mandate using this across the board in the name of saving the planet is too impractical to be worth heeding.