Through the leasing service, Hyzon intends to enable potential European Union customers to operate the company’s branded vehicles through a leasing model, and to thereby fast-track the transition of their fleets to hydrogen fuel, without compromising on performance.

Hyzon and its partners have been actively developing complete end-to-end lifecycle solutions that enable fleet operators to viably make the transition to hydrogen fuel cell commercial vehicles. The new lease 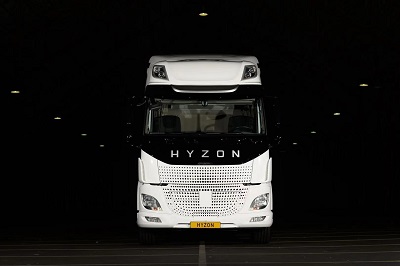 Source: Hyzon Motors Inc.offering represents the first step in the development of a holistic fleet leasing offering for the European market that is expected to include hydrogen fuel, insurance, service and maintenance for Hyzon and Hyzon-branded vehicles.

The company also plans to be among the first to supply customers with a hydrogen fuel cell truck at total cost of ownership (TCO) parity with diesel-powered commercial vehicles in Europe. With its leading fuel cell technology, and incentives available in Europe, Hyzon expects to help customers achieve TCO parity through its alliance with multiple hydrogen infrastructure partners.

Given the momentum behind hydrogen across Europe, this region is anticipated to lead the roll-out of hydrogen mobility worldwide. As a hydrogen heavy mobility category leader, Hyzon expects to play a significant role in the European Union’s transition to hydrogen energy, through its manufacturing base in Groningen, The Netherlands.

By posting a comment you confirm that you have read and accept our Posting Rules and Terms of Use.
Re: Leasing service for hydrogen commercial vehicles launched in Europe
#1

"Given the momentum behind hydrogen across Europe, this region is anticipated to lead the roll-out of hydrogen mobility worldwide"

HMM!Interesting statement to make. Most folks in Europe have no idea hydrogen cell technology exists. Can this author clarify the statement.

All in Europe only hear about electric or battery. Europe is gearing up like mad dogs around a bone for battery and wind power for EV's.

There is no buzz about hydrogen cell. Is it the saying, 'Ah yes, there it is....gone."