A new material, composed of polyethylene and polypropylene with multi-walled carbon nanotubes, has shown impressive impact resistance when tested. It is a 3D-material that claims to be lighter and tougher than comparable forms of aluminum, materials scientists have stated. Due to this comparison with aluminum, it is being looked at as a possible substitute for aluminum in the assembly of cars. This would lead to lighter, safer automobiles. 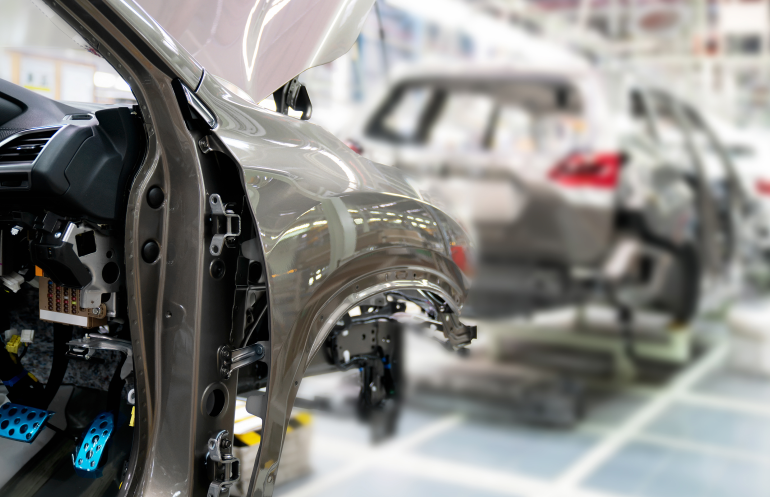 If aluminum panels such as these can be substituted with this new material, there will be significant weight reductions and an increase in strength. Source: Golf_MHNK/Adobe Stock

What is it made of?

This type of material is known as a plastic-carbon nanotube composite plate-lattice metamaterial (fancy name huh?). The material belongs to a category of artificially developed cellular solids engineered and designed to possess qualities that do not occur naturally.

A team of engineers in the University of Glasgow has released statements about how they created a metamaterial with an impressive level of impact resistance. Such a creation has many applications in the automotive, aerospace, marine and renewables industries.

Plate-lattice metamaterials are cubic structures made up of layers of plates that intersect and display an unusually high level of strength and stiffness due to their unique structure. This is especially unusual considering there is a relatively big gap between these layers. These gaps, known as the “porosity” of the material, also make it lightweight.

The Glasgow-based researchers initially planned on investigating the various ways that plate-lattice could be designed from their new composite (made of plastic-nano tubing). It uses a mixture of polyethylene and polypropylene (both common materials) that have multi-wall carbon nanotubes. Their goal was to create a new metamaterial with significantly advanced strength, toughness and stiffness.

The researchers used their newly created filament composite to feed a 3D printer, combining the filaments together and then building the plate-lattice designs. Once constructed, the designs were then put to the test, which consisted of a 16.7 kg mass that was repeatedly dropped from various heights to analyze the properties of the metamaterial.

The team started off by testing three different types of generic or typical plate-lattices that they had created. These included a simple dice made from three plates intersecting one another, a more complicated dice that consisted of more intersecting plates and a design that was multifaceted. Each of these designs was tested in two different batches, one composed of polyethylene, and one composed of polypropylene.

After this, three more plate-lattice designs were created known as “hybrids,” which included features from the three aforementioned designs: the simple/complicated dice, the simple/multifaceted design and one hybrid that encapsulated all of the designs in one. They also repeated their method of making one batch in polyethylene and the other in polypropylene.

The best performing plate-lattice design from all six iterations was the hybrid that had features and elements from all of the three “typical” designs. It absorbed the impact effectively, with the polypropylene model showing the most impact resistance. The scientists then used a technique known as specific energy absorption, which allowed them to calculate the material’s ability to absorb impact and energy, relative to its specific mass. The new plate-lattice design, created from polypropylene, showed that it could absorb 19.9 joules of energy per gram of weight, which in English means that it is far superior than the competing micro-architected metamaterials that are designed around aluminum.

How has this creation come about?

This material was a combined effort from scientists and engineers in the James Watt School of Engineering in Glasgow, Scotland, the Khalifa University in Abu Dhabi, United Arab Emirates and Texas A&M University in College Station.

Dr. Shanmugam Kumar, who led the project, stated that technological advances in 3D printing are constantly making it easier and more accessible to manufacture specific, complicated geometries with tailored properties (like porosity), that are perfect for this type of application. Furthermore, it is now possible to create these materials and structures at an industrial scale, which brings products and technologies that take advantage of this innovation to the mass market.

This material brings a vast array of possibilities to many new fields. As previously mentioned, the automotive industry could benefit significantly from this type of technology. As cars have begun to carry more modern technology within them, they have steadily become heavier and heavier. All those electrical components are not light, but try telling someone living in Miami that their new car does not come with air conditioning. Likewise, safety cannot be compromised for performance in any mode of transportation; if something is not safe, it is not road-, air-, water- or space-worthy. 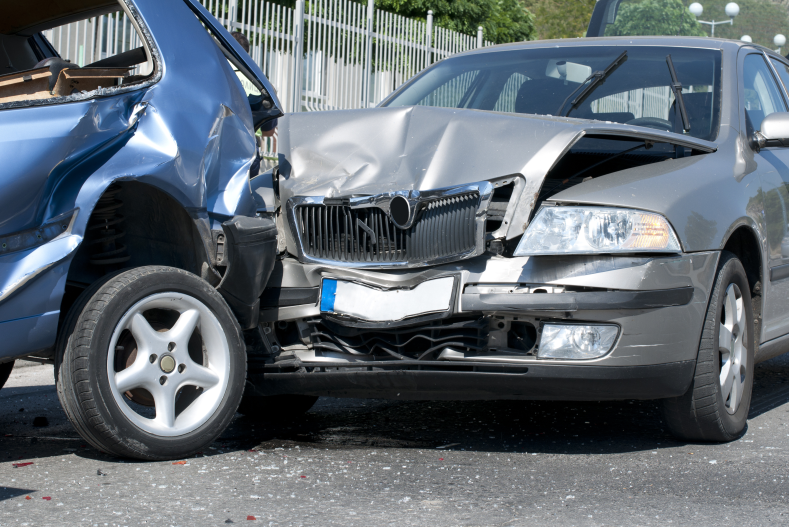 Increased safety is a huge selling point for a material such as this. Safety and health are priceless. Source: Deyan Georgiev/Adobe Stock

Car designers in modern times are constantly looking for ways to save weight, from luxury consumer cars all the way up to track-focused race cars. Less weight also equals less fuel consumption, so there is also an aspect of efficiency to this new innovation, along with the fact that the plastic is recyclable. This would be another step in the right direction toward a “net-zero” world, where circular economic models will be essential to creating a more sustainable and “green” planet.

Lighter weight and greater safety seem like a win-win, but as with all new technology, this will more than likely take years to trickle down to consumer cars.

Do you think that this new technology can help to improve the automotive field? Would you buy a car made of plastic? Let Engineering360 know in the comments!

By posting a comment you confirm that you have read and accept our Posting Rules and Terms of Use.
Re: 3D-printed metamaterial could lead to lighter, safer cars
#1

This opens such a debate about lightweighting production vehicles balanced with the cost. I have been involved in new business development teams looking at justifying weight savings compared to cost, part success risk, and high volume capability.

At the end of the day, cost rules high volume production, unless a specific vehicle needs to meet a specific CAFE standard for it's weight class. If it doesn't, the OEM auto companies pay a penalty that can justify higher cost options, to a point.

Currently, for closure options (outer body panels), there is a constant debate on using steel, aluminum or composites. The steel industry is not standing still, and coming up with new, higher strength alloys that are formable. The same with aluminum, that is battling with steel for market share on outer body panels. Composites have found some inroads into production vehicles, but overall, currently its a small percentage on high volume platforms. For low volume, specialty vehicles, carbon fiber composites are common due to the superior weight savings over other materials, no matter the cost.

Regarding high strength material for crash, it is dependent on multiple factors. Most, if not all, of the energy management for crash is done by the substructure under the outer closer panels (as the fender shown in the photo). Crash management is determined by the de-acceleration rate of the vehicle during a crash event. A certain about of deformation (crush zone) is designed to control the de-acceleration of the vehicle passengers. Closure panels for the most part, keep rain off the passengers. Front, side and rear impacts are managed by the understructure of the vehicle.

The other challenge is that this technology talks about "porosity" to achieve the weight savings. Any outer panel on a vehicle has very critical surface finish requirements to produce a panel that is acceptable to the general public.

It is always encouraging that new materials are being investigated for light weighting vehicles and this is not meant to be critical of the efforts. It is a summary of years of experience trying to move advanced materials into the automotive space.

In the end, it will be a balance of need for lightweighting, cost and production capability that will determine what material is used.