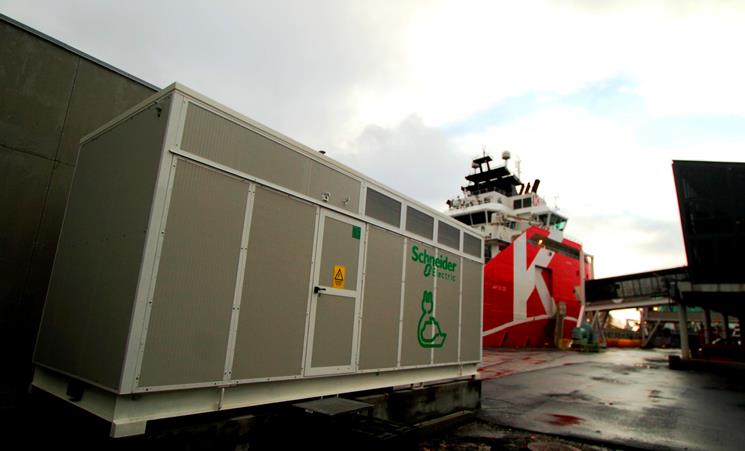 Ships are like floating cities; they produce and distribute their own electricity. When docked and not sailing, they mainly use auxiliary units that predominantly burn fuel oil to provide the necessary power.

Out of Sight, Still in the Lungs

Unlike airliners or motor vehicles, shipping is not seen by most people. Levels of pollution from the maritime industry have long been underestimated.

Most main and auxiliary marine engines burn bunker fuel. This petroleum product was once described by Christian Eyde Moller, CEO of the Netherlands-based DK shipping company, as “just waste oil, basically what is left over after all the cleaner fuels have been extracted from crude oil. It’s tar, the same as asphalt. It’s the cheapest and dirtiest fuel in the world.”

The International Maritime Organization (IMO), the United Nations agency with responsibility for the safety and security of shipping and the prevention of marine pollution by ships, has introduced international limits that specify the maximum sulphur content in bunker fuel as part of Annex VI of its International Convention for the Prevention of Pollution from Ships (MARPOL). 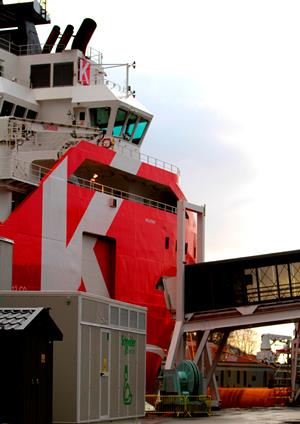 Some regions (including the Baltic, North Sea, North America and Caribbean Sea areas) have introduced tighter limits in so-called Emission Control Areas (ECAs). Ships trading in these areas have to use fuel oil with a sulphur content of no more than 0.1% as of Jan. 1, 2015.

Widespread consensus exists on finding ways to achieve cleaner international shipping. Even if auxiliary generators used to provide electric power to docked ships burn cleaner fuels rather than bunker fuel, they still emit CO2, SOx, NOx and PM. During a 10-hour stay in port, for example, the diesel engines of a single cruise ship burn around 20 tonnes of fuel, producing some 60 tonnes of CO2.

On average, ships spend 100 days a year in port and consume several tonnes of fuel each day to power ancillary systems. Ports are often located in densely populated cities and the environmental impact on the local population may be severe.

Providing electric power from shore to ships at berth to cut noxious emissions produced by ships’ generators is not a recent development; in fact the term commonly used to describe it—“cold ironing”—dates back to a time when ships had coal-fired boilers that were allowed to go completely cold when in port, as power was supplied from shore.

Navy ships, which on average stay in port much longer than commercial ships, make extensive use of cold ironing. The U.S. Navy, for instance, has been using it for several decades and has developed a unique electrical cable connection system to avoid compatibility issues when calling at different ports.

Currently, dozens of ports in North America and Europe implement high voltage shore connection (HVSC), but systems across the world are not interoperable, owing to the lack of standardization and differences in system frequency (60 Hz in North America, 50 Hz in Europe and most of Asia), voltage and structural design.

Voltage levels differ between ports and electrical frequencies and power requirements also vary among vessel categories and sizes. Ocean-going vessels calling at European ports tend to have more 60 Hz electrical systems on board. Peak power demand varies from 1 megawatt (MW) for container vessels smaller than 140 meters in length to more than 10 MW for cruise ships greater than 200 meters in length.

These different systems and the specific local situation determine whether or not frequency converters and/or on-board transformers are needed, and may affect the overall cost of an OPS system for port authorities and ship owners.

To meet these needs, a number of IEC Technical committees and subcommittees started developing international standards for HVSC systems. 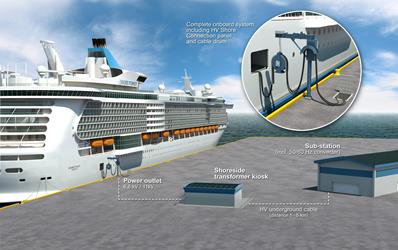 A PAS is a technical specification, a pre-standard publication that does not fulfil the requirements for a standard, but is made available to the public and can be transformed into an international standard by the relevant committee and subcommittees.

This PAS was prepared by IEC TC 18 in consultation with IEC TC 20: Electric cables and IEC SC 18A. It was further developed into an international standard in cooperation with IEC subcommittee 23H: Industrial plugs and socket-outlets, ISO TC 8: Ships and marine technology, and the Institute of Electrical and Electronics Engineers (IEEE) Petroleum and Chemical Industry Committee (PCIC).

Indeed, this standard, IEC/ISO/IEEE 80005-1, “Utility connections in port – Part 1: High Voltage Shore Connection (HVSC) Systems – General requirements,” was published in July 2012. It describes HVSC systems on board ships and on shore and defines "requirements that support, with the application of suitable operating practices, efficiency and safety of connections by compliant ships to compliant high-voltage shore power supplies through a compatible shore to ship connection."

The standard is intended to allow different ships "to connect to HVSC at different berths with the benefits of standard, straightforward connection without the need for adaptation and adjustment at different locations that can satisfy the requirement to connect for as long as practicable during stays in port.” Ships that do not apply this standard may find it difficult or impossible to connect to compliant shore supplies.

The standard tackles important safety aspects such as emergency shutdowns when the ship moves outside the range of permissible motion forward, after or outward from the dock, and special provisions that are applicable to emergency shutdowns at liquefied natural gas terminals.

The relevant IEC, ISO and IEEE committees are currently working on developing a second international standard for HSVC, to cover the communication interface.

Low Voltage in the Power Loop

Like IEC/ISO/IEEE 80005-1, this PAS was prepared by IEC TC 18 in consultation with IEC TC 20 and IEC SC 18A and in cooperation with the same technical committees and subcommittees from the IEC and other organizations (ISO and IEEE). It will be further developed into an international standard. It addresses the same features as IEC/ISO/IEEE 80005-1 (with the exception of LV shore distribution systems, which replace HV shore distribution systems).

International standards prepared by the same and other IEC technical committees and subcommittees, are "normatively referenced in" and "indispensable for" the application of both IEC/ISO/IEEE 80005-1 and IEC PAS 80005-3.

From an environmental perspective, the use of both HSVC and LVSC is compelling.

By posting a comment you confirm that you have read and accept our Posting Rules and Terms of Use.
Advertisement
RELATED ARTICLES
Electric Propulsion for Cleaner Shipping
Keeping the World's Maritime Industry Plugged in Via Standards
International Standards and the Quest for Safe Shipping
IEC/IEEE Standard to Improve Substation Operation
Shipping Sets Watch for Cyber Threats
Advertisement