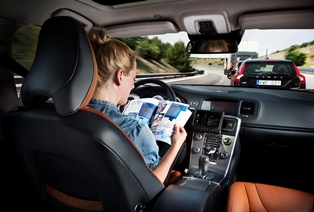 The government says the pilot project will allow companies to conduct research and development in Ontario, and help bring automated vehicles to market. Safety features include self-park and lane drift technology. During testing, vehicles will have a human driver, who can take over if necessary.

Self-Driving Trucks to Be Used in Florida Road Work Zones

By posting a comment you confirm that you have read and accept our Posting Rules and Terms of Use.
Advertisement
RELATED ARTICLES
NuPort Robotics to conduct self-driving middle-mile truck project
Waymo and Daimler to build self-driving trucks
Crash Reporting Rules Issued by UK for Autonomous Vehicles
Autonomous Trucking Gears Up for the Long Haul
Truck Platoons to Roll on UK Roads
Advertisement