Ultraviolet light could reduce risk of foodborne illness from eggs

Researchers from Penn State have found a new way to disinfect fresh eggs for the food industry.

The team found that pulsed ultraviolet light is an effective alternative to some of the antimicrobial tech used in the poultry industry to kill pathogens on eggshells without water or chemical sanitizers. 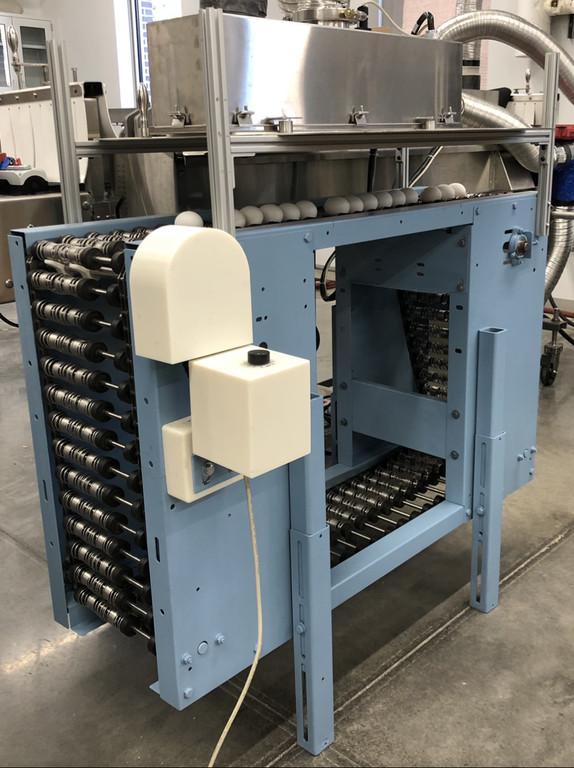 This novel conveyor devised for the experiment was instrumental in achieving acceptable decontamination.Source: Josh Casser/Penn State

Reducing the microbial load on eggs is important because it reduces the foodborne illness outbreaks associated with eggs and poultry meat. But it is important that this is done in a way that doesn’t cause damage to potential chicks. The current methods to decontaminate eggs use sanitizers and detergents.

Pulsed ultraviolet light is more effective than sanitizers or detergents because it delivers a high-intensity ultraviolet light to the surface of an eggshell, which results in a greater microbial reduction in a shorter period of time than other treatments.

During the study, the surface of eggshells was exposed to non-pathogenic bacteria strains. The eggs were placed on a modified egg carrying conveyor that completely rotated them. The conveyor was created specifically for this experiment and it was ultimately the key piece to achieving acceptable decontamination. After they were placed on the conveyor, the shells were treated with pulsed ultraviolet light from a xenon flash lamp.

The eggs reached acceptable levels of germicidal response at 27 seconds of ultraviolet light exposure. With three pulses per second, the eggs were exposed to about 90 light pulses in 27 seconds. The treatment inactivated two microbial strains with better energy use and greater germicidal response than traditional methods.

The team also evaluated the effects that pulsed ultraviolet light treatment of hatching eggs had on embryo and chick growth. Four batches of 125 fertile eggs were treated with the same and greater intensity of pulsed ultraviolet light and were then placed in a commercial incubator under normal incubation conditions. The results showed no significant effect on the fertility or hatchability of the eggs and no significant effect on the chicks after hatching.

The team says that the xenon flashlamp could be scaled up and customized for commercial installation.

The study was published in Poultry Science.

By posting a comment you confirm that you have read and accept our Posting Rules and Terms of Use.
Re: Ultraviolet light could reduce risk of foodborne illness from eggs
#1

You know what protects us best from food born illness from animal products?

When you keep animals in torturous conditions, crammed together so they cant even move, not only do they get sick( surprise, surprise), but FEAR and PAIN have an effect on what is in the meat or eggs chemically and is passed on to us- the top of the food chain.

Technology is nice but it is also prone to abuse and overuse and offers scientists and consumers the way out of responsible and humane animal husbandry.

Once we start keeping animals as if they are beings, which they are, we will see a rapid decline of illnesses linked to animal (goods) consumption.

Re: Ultraviolet light could reduce risk of foodborne illness from eggs
#2
In reply to #1
MNIce

I'd want to see data showing "FEAR and PAIN" in caged animals. (It is quantifiable with functional MRI.) I think it's more likely that, like certain high-class idle people with nothing to do but sit around and gossip (as displayed on certain TV shows), their mental capabilities decline into dullness due to lack of meaningful stimulation. I would surmise that the meat from highly confined chickens is likewise insipid compared to that from free-range examples. (A blind test combined with chemical and epigenetic analyses would be interesting.)

Meat from continuously terrified animals is said to be gamy rather than savory. That's a reason, secondary to ethics, why good hunters try to make their kills quick and merciful.

"A righteous man regards the life of his animal, but the tender mercies of the wicked are cruel." (Proverbs 12:10)

Re: Ultraviolet light could reduce risk of foodborne illness from eggs
#3

The ability to sterilize egg shells without washing off the protective coating would make it possible to keep them for much longer periods without deterioration. If a dry method to remove visible surface contamination can be combined with this, so much the better. 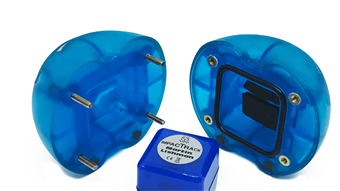