Fungus to be used in the making of sound absorbers

Mycelium — which is the vegetative portion of fungus featuring filament-like hyphae — was combined with a vegetal substrate of straw, wood and food waste and then 3D printed. 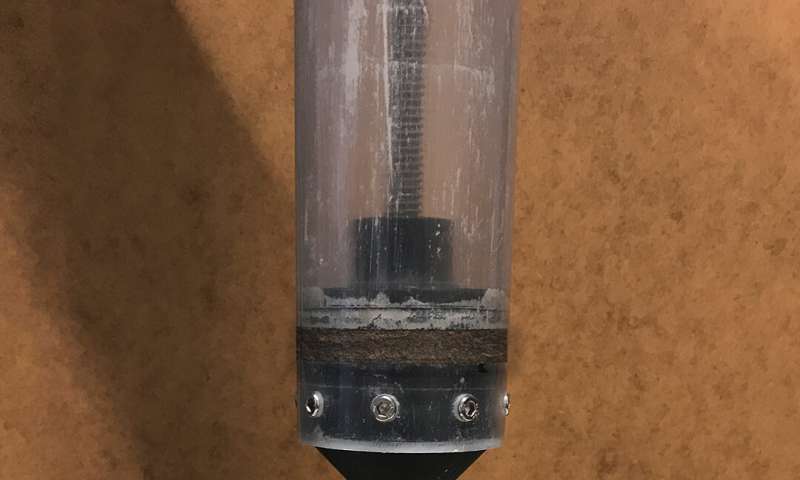 3D printing of a sample based on mycelium. Credit: Fraunhofer UMSICHT

Once combined, the mycelial hyphae permeate throughout the substrate, thereby forming a solid structure that is then kiln dried so as to destroy the fungus. Once the fungus is destroyed, the cell walls of the substrate open and the material demonstrates sound-absorbing properties. This, according to the researchers, makes the material appropriate for sound-proofing applications.

For now, the team is working to develop a number of fungus-derived sound absorber prototypes. However, the researchers suggest that material could also be used in insulation, fabric, plastic, clothing and furniture.