Automating healthcare: These robots are taking over surgical tasks

With each day it seems new robots emerge that are capable of accomplishing all manner of tasks, from cooking, delivering food and taking orders to taking vitals. Robots that even look like humans are already employed as civil servants, handling customer service and filing tasks within office settings.

Yet, while surgeons are not likely to have their professions taken over by this technology, they are finally coming around to having at least some of their more arduous surgical tasks outsourced.

This article highlights just a few recent examples of how robots and artificial intelligence (AI) are automating tasks in the operating room, thereby freeing up surgeons to focus their efforts on more complex tasks. 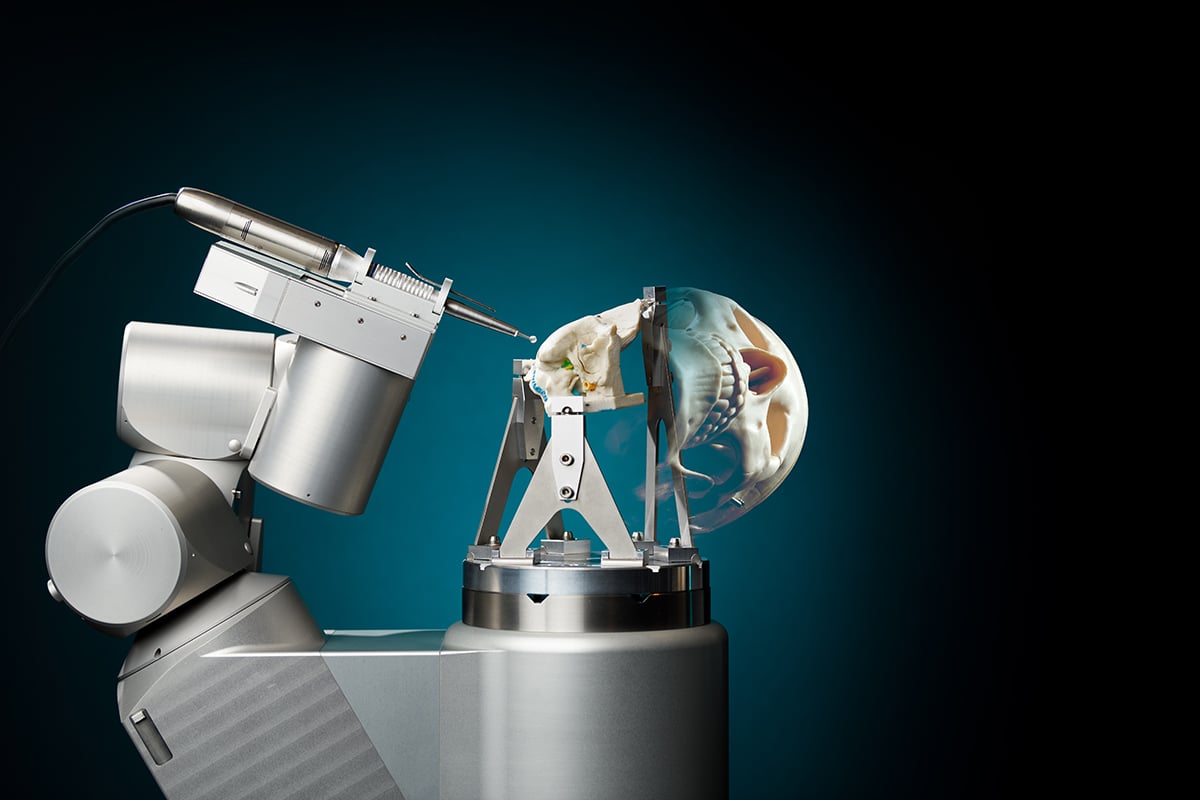 To reduce the amount of time surgeons spend in the operating room, a researcher from Eindhoven University of Technology in the Netherlands has built a robot that can drill holes into patient’s skulls.

Oftentimes, the task of drilling can take hours, keeping surgeons fixed to one spot, which, after a significant amount of time might deplete both the surgeon's strength and precision — all while the surgeon aims to avoid motor and sensory nerves and works among blood and bone fragments that obscure the surgeon's view. As such, the Eindhoven researcher built the RoboSculpt, which is a robotic arm capable of handling a surgical drill.

A surgeon guides the RoboSculpt and drills remotely, thereby reducing the amount of time that is spent in the operating room.

Teams from the University of California, Berkeley, Google Brain and Intel Corporation are attempting to automate the task of suturing with a robot that can mimic suturing motions.

Although a suturing robot in the operating room is likely not in the immediate future, researchers believe that once the technology is perfected, the repetitive task of suturing could one day be accomplished by robots, thereby freeing up surgeons to focus on more complex surgical tasks.

To automate surgical applications, researchers from the Wyss Institute at Harvard University and the Sony Corporation have developed an origami-inspired, tennis-ball-sized surgical robot.

The researchers created a miniature remote center of motion manipulator (the "mini-RCM"), which successfully performed a simulated surgical task. To build the surgical robot, researchers deposited materials layer-by-layer on top of each other, bonding them together and then laser-cutting them in a parallelogram design to form a three-dimensional shape. The team then created three linear actuators (mini-LAs) to power the robot.

To simulate teleoperated surgery, the mini-RCM was connected to a Phantom Omni device, which responded to the movements of a user's hand while controlling a pen-like tool. During an evaluation of the device, researchers traced a tiny square while looking through a microscope — tracing it by hand, or tracing it using the mini-RCM. According to their findings, the mini-RCM tests improved user accuracy and reduced error by 68% compared to manual attempts.

Researchers then developed a simulation of a retinal vein cannulation wherein surgeons insert a needle through the eye to inject therapeutics into the eyeball’s veins. During testing, the team punctured a silicone tube roughly the size of a retinal vein (which is around twice the thickness of a strand of human hair), with a needle attached to the mini-RCM without damaging the model.

The Yomi is a computerized navigational system that assists with both the planning and the surgical phases of dental implantation surgery. According to its developers, the Yomi software is guided by patient CT scans and the system controls the direction of the surgical drill via haptic robotic technology that serves to hold the drill in position, orientation and depth. 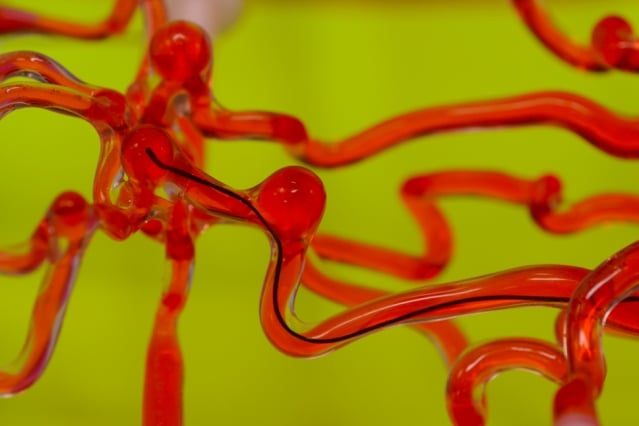 MIT engineers have developed robotic thread (in black) that can be steered magnetically and is small enough to work through narrow spaces such as the vasculature of the human brain. The researchers envision the technology may be used in the future to clear blockages in patients with stroke and aneurysms. Source: MIT

Engineers at the Massachusetts Institute of Technology (MIT) have created a thread-like, magnetically steerable robot that navigates through narrow, winding environments like the brain.

The team developed a magnetically steerable, hydrogel-coated robotic thread composed of nickel-titanium alloy (nitinol) that is thin enough to magnetically navigate through a silicone replica of the brain. Using a large magnet, the team steered the thread through various circuitous pathways detailed in the silicone replica of the brain’s blood vessels, encountering clots and aneurysms modeled after those found in the CT scans of actual patients. The silicone vessel also contained a blood-like liquid to mimic real-life conditions within brain blood vessels.

Eventually, the team of engineers hopes to pair the robotic thread with common endovascular technologies to enable surgeons to remotely steer the robot through a patient’s brain vessels for the purpose of rapidly treating blockages or lesions similar to those that occur along with strokes and aneurysms.

The team believes the robotic thread could potentially improve endovascular procedures and reduce surgeons' exposure to the associated radiation by enabling the surgeon to operate the magnet and thus the thread remotely.

Check back with Engineering360 for more information about how robots are taking over tasks in the healthcare industry.