Researchers from the Agriculture and Food Research Organization conducted a study that found climate change may allow rice farmers to farm rice for longer as the climate warms.

Rice is an annual plant, which means it goes through its life cycle in one harvest season. But in tropical areas, and with proper care, rice can continue to grow year after year. To encourage continuous growth, farmers use a method called ratooning. When ratooning, farmers cut rice above the ground and let it regrow. Ratooning requires a longer growing season. While this isn’t a problem in tropical climates, it becomes an issue with cooler climates, like in Japan.

The average temperatures in Japan have been rising in recent years due to climate change. Higher temperatures mean there is more time for rice to grow. Rice seedlings will be able to be transplanted earlier in spring and harvest later into the year. 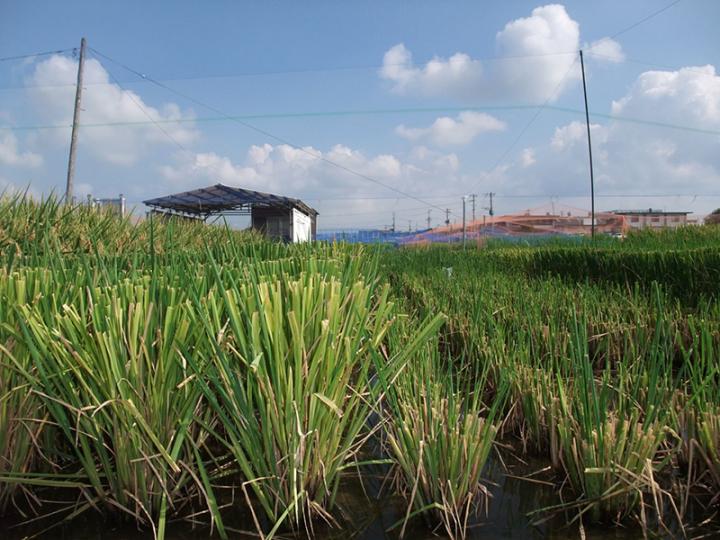 The goal of this study was to determine the effects that harvest time and cutting height of the first harvest have on the yield of the first and second rice harvest. They ultimately wanted to find new farming strategies so farmers can increase their rice yield and adjust to climate change.

During the study, the team compared two harvest times and two cutting heights. After the first harvest, they collected seeds from the cut-off portion of rice plants. The yield of both harvests was measured by counting and weighing seeds.

The study was published in the Agronomy Journal.

By posting a comment you confirm that you have read and accept our Posting Rules and Terms of Use.
Advertisement
RELATED ARTICLES
Bacteria protect rice from disease
Starter Fertilizer Does Little to Boost Corn Yield
App counts grapes to accurately predict vineyard yield
Crop Yield May Decline Due to Climate Change
Study: Biotechnology and more farming land needed to expand cover crop seed cultivation
Advertisement