The bismuth-oxygen-carbon microspheres encased in nitrogen-doped, reduced graphene oxide were 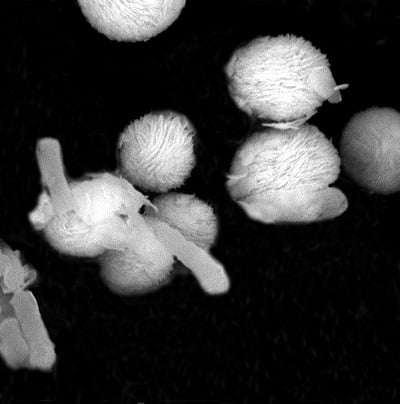 Inclusion of nitrogen in the graphene oxide casing boosted the capacity of the spheres to capture more bacteria, affording more time to destroy bacteria and the antibiotic-resistant material they release. The graphene-wrapped microspheres designed to mitigate antibiotic resistance propagation in the environment are also reusable as they are large enough to be filtered out of and recovered from treated effluent. The spheres were observed to retain photocatalytic activity after 10 treatment cycles.

By posting a comment you confirm that you have read and accept our Posting Rules and Terms of Use.
Advertisement
RELATED ARTICLES
Color-changing bandage signals infection and delivers drugs
Nanosheets decimate superbugs during wastewater treatment
Electric paint? Microspheres could make it possible
Watch: Bacteria-Killing Graphene Spikes May Prevent Implant Infections
Ingredient Found in Certain Hand Washes and Toothpastes May Contribute to Antibiotic Resistance
Advertisement