The Water Power Technologies Office of the U.S. Department of Energy (DOE) seeks innovators to design water desalination systems powered by marine renewable energy. The Waves to Water prize competition was launched in February 2019 to promote the use of wave energy-powered desalination to provide potable drinking water for remote coastal and island communities.

Participants in the challenge started in June 2019 with the first, or CONCEPT, stage, where they presented their 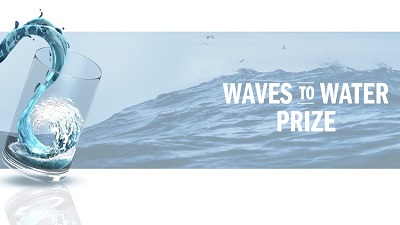 Source: DOEinitial ideas. The recently announced winners of the second or DESIGN stage will advance to the next stage to continue computer-based modeling work, tweaking system designs to account for the specific wave conditions at Jennette’s Pier located in Nags Head in North Carolina’s Outer Banks.

The site was selected by DOE as the staging ground for the final DRINK Stage of the Waves to Water project. In this final phase scheduled for September 2021 to Spring 2022, contestants will build and test systems that use only waves as a power source for desalination systems.