Engineers from the University of Cambridge in the U.K. have trained a robotic arm to make omelets, according to reports.

Overcoming issues in computer vision, robot manipulation, sensing and human-robot interaction while producing a consistent end product — all of which have previously proved a challenge for robots designed to perform cooking functions — the engineering team used machine learning to teach the robots to prepare omelets. 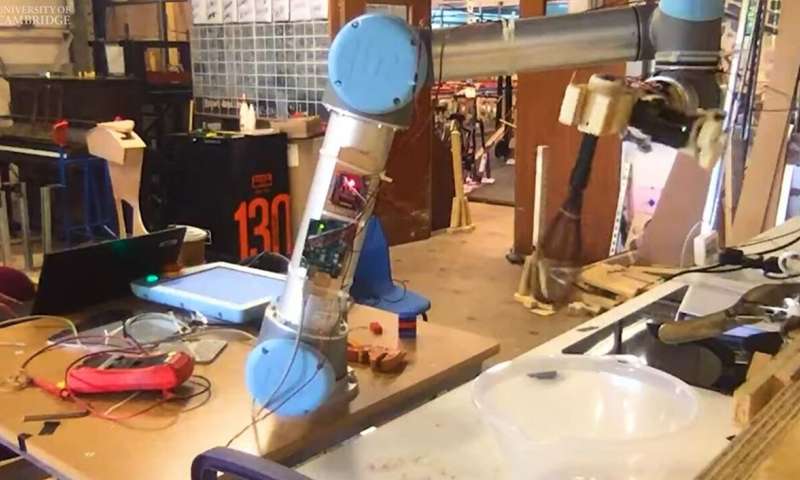 The robotic arm is reportedly capable of every step in the creation of an omelet from cracking the eggs, to whisking, cooking and placing the completed omelet on a plate.

The robotic arm is detailed in the journal IEEE Robotics and Automation Letters.

To see the robotic arm in action, watch the accompanying video that appears courtesy of the University of Cambridge.

By posting a comment you confirm that you have read and accept our Posting Rules and Terms of Use.
Advertisement
RELATED ARTICLES
Watch this robot learn to taste food as it "chews"
Researchers try to lighten the load on robotic arms
Robot joins sandwich-making assembly line
Watch this motorless robot arm bend, stretch and twist
Honeycomb-inspired robot performs delicate operations via pneumatic system
Advertisement