Production of ethanol and its effluent treatment 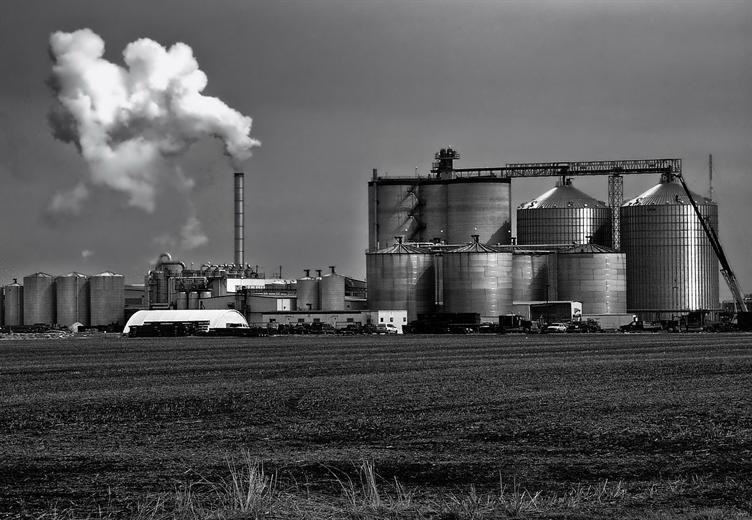 Ethanol is a flammable and colorless liquid that is volatile and has a slight odor. It gives a burning taste in the aqueous dilute solution. In ancient times, ethanol had been produced through sugar fermentation, a process still used for making more than 50% of the industrial ethanol.

Synthetic ethanol and bio-ethanol differ in the raw materials used to make them -- fossil raw materials are used to make synthetic ethanol, whereas contemporary material is used for the production of bio-ethanol. As far as their chemical characteristics are concerned, however, they are the same compound and both can be referred to as the isotopic composition of the carbon atoms.

Ethanol has long been used for fuel blending to control gas emissions, but it is not comparable to bio-ethanol in controlling the emissions of greenhouse gases. The CO2 emitted can be absorbed by bio-ethanol, which positively impacts rural economies as well. Many materials are used in bio-ethanol production, particularly starchy crops.

Bio-ethanol is considered the most promising fuel among all the renewable resources. It can be used in almost every field ranging from medicines to cosmetics to industrial materials and its production is increasing with every passing year. With the concerns about the world's environment and ever-increasing prices, the production of bio-ethanol has recently become the center of focus. Ethanol can be produced from molasses, which is a waste product of sugar cane.

Different biological feedstocks that are known for containing an appreciable amount of sugar are the main source materials in the production of ethanol. Sugary, starchy and even cellulosic material can be used as this source. More ethanol is produced when the feedstock material contains a high percentage of sugar and starch. The feedstocks which use only parts of the plant such as starch, sugar and oil are called first-generation feedstocks. The feedstocks in which the whole plant is used for the production of ethanol such as grains, tubers and stalks are called the next-generation feedstocks.

Biomass containing cellulosic and semi-cellulosic material can also be used as the source for the production of ethanol but it is relatively difficult to convert into sugar compared to starch. Wheat straw, rice straw and bagasse all fall into the category of cellulosic agriculture. Cellulosic waste materials cultivated particularly for the production of ethanol include poplar and switchgrass. In these plants, the percentage of cellulosic material ranges from 30% to 70%.

Molasses, algae and various renewable sources can be used as feedstocks for the production of ethanol.

During the fermentation process, ethanol production can be impacted by varying the percentages of oxygen flow rate, pH, temperature and agitational intensity.

Types of yeast used for the fermentation process

Yeast has a very important place in biotechnology. Various types of yeast are used in the process of ethanol fermentation, but the two most often used are Kluyveromyces marxianus and Saccharomyces cerevisiae.

Kluyveromyces marxianus offers many benefits in fields like microbiology, biotechnology and even on an industrial scale because of its applicability and availability. Thermo-tolerant Klyureomyces marxianus can tolerate temperatures above 55o C. It produces more ethanol from molasses and other raw sugar content materials than other species and is often used in Pakistan, India and European countries in the process of fermentation because of that special property.

Production of ethanol from molasses

A large number of sugar industries use molasses for the production of ethanol. Molasses is converted into ethanol and CO2 with the help of yeast such as Saccharomyces cerevisiae, thermo-tolerant Kluyveromyces marxianus and others.

Before the process of fermentation, in order to maintain the Brix of molasses (the level of its sugar percentage), the molasses is diluted with water as a solvent. The sugar percentage must be maintained because an increase in the percentage of sugar may increase the death rate of yeast.

After the dilution of molasses, it is sent for the fermentation process where yeast gets the sugar from the molasses as a substrate and produces ethanol. Then, the ethanol produced is separated from the CO2 using a distillation column.

By posting a comment you confirm that you have read and accept our Posting Rules and Terms of Use.
Advertisement
RELATED ARTICLES
New Yeast Platform for Starch-based Ethanol
Watch How Light Boosts Chemical Production by Yeast
Sorghum Cultivars Can Yield Thousands of Gallons of Ethanol/Acre
Ethanol Production Process Improves Yields, Cuts Costs
Are Growth Prospects Stunted for Plant-based Chemicals?
Advertisement