Providing an alternative route for crude-oil-based gasoline, methanol-to-gasoline processes can produce gasoline via methanol using coal, natural gas or biomass feedstocks. This technology is of importance in regions with large quantities of low-priced coal or natural gas.

Global methanol demand has increased significantly in recent years, according to a November 2014 special report from IHS Chemicals that dealt with methanol-into-fuels applications. In a span of 15 years (2009-2024), IHS Chemical forecasts that the total methanol capacity will have more than doubled from 70 to 160 million metric tons. Similarly, demand for methanol is expected to reach 110 million metric tons in 2024.

Gasoline produced via these processes can be directly used in transportation vehicles as a drop-in fuel, or blended with gasoline product from refineries. 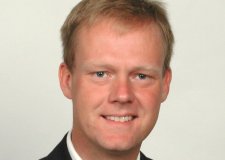 Henrik Udesen, Haldor Topsoe“Currently, most synthetic gasoline is probably produced in China based on methanol which uses coal as feedstock,” says Henrik Udesen, business development manager (TIGAS) at Haldor Topsoe. Even with today’s lower oil prices, interest remains in converting natural gas into gasoline, especially in locations where gas may be difficult to transport or where there is no local refinery to produce gasoline.

“There is a relatively direct correlation between crude and gasoline,” says Olivier Maronneaud, senior research analyst at IHS Chemical. “The spread between crude and natural gas, crude and methanol or crude to coal will have a direct impact on the economics for these methanol-based technologies and their development.”

In 2014, global gasoline demand exceeded 23 million barrels/day (approximately 1 billion metric tons/year), most of which was produced in refineries using petroleum feedstocks, according to the IHS Chemicals special report. When crude oil prices spiked in 2008 and 2011, gasoline prices increased accordingly. As a result of price fluctuations in the petroleum market as well as energy security concerns from countries relying on imported oil or oil-based products, methanol-to-gasoline technology as an alternative to crude-oil based gasoline became more attractive.

At present, however, methanol-to-gasoline is only developed in China despite announcements in other parts of the world including the U.S. and Turkmenistan where some projects are under construction, according to Maronneaud.

The MTG process feeds methanol over a ZSM-5 catalyst to produce gasoline, where methanol feedstock is independently synthesized from syngas in a separate process. This technology was originally developed during the 1970s by ExxonMobil Research and Engineering Co. (EMRE). Its first commercial facility was built in Plymouth, New Zealand, following the New Zealand energy crisis of 1979. The plant went on-stream in October 1985 with a capacity of 14,500 barrels/day of methanol-based gasoline from natural gas. In 1990, the plant shut down.

The TIGAS process, in contrast, uses the commercial gasoline catalyst GSK-10, starts with syngas feedstock and--unlike the MTG process--incorporates methanol and gasoline production into a single loop. This technology was first developed during the mid-1980s after the second oil crisis. While it has no commercial facilities, a small-scale pilot plant with a capacity of 8 barrels/day was tested in Houston, Texas, in 1983. The plant operated for 9,000 hours until its closure in 1986. 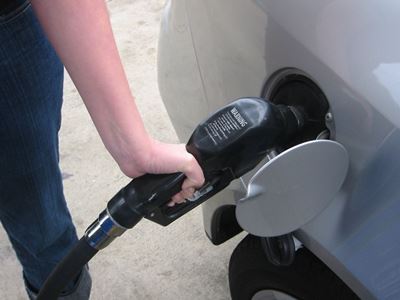 In 2014, global gasoline demand exceeded 23 million barrels/dayThe methanol-to-gasoline technology offered by Haldor Topsoe differs little from that of Exxon Mobil. “In principle there are not many differences in the methanol-to-gasoline part of the gasoline plant, but Haldor Topsoe offers the complete technology package from natural gas feed to gasoline product versus Exxon Mobil, which covers the gasoline part only,” says Udesen.

The ExxonMobil gasoline production facility combines two key technologies: natural gas-to-methanol (GTM) using a steam reforming process and the MTG technology. “By having only one licensor we are in a better position to optimize the complete process plant - not only on the process side but also the process condensate systems,” Udesen says.

The third process, STG+, can produce gasoline or jet fuel from syngas feedstock in a single loop process that includes a non-isolated methanol intermediate. It comprises a gasoline treatment step as a part of the single-loop gasoline synthesis system. This differs from the TIGAS and MTG technologies, which have a detached treatment step post-product separation. Moreover, the technology has an integrated process to get rid of durene impurities whereas the other processes have a separate unit for durene removal.

STG+ technology isn’t as mature as the previous two technologies, having been developed in 2007. A pilot plant and demonstration-scale facility were completed in 2011 and October 2013, respectively. The pilot plant has a capacity of approximately 0.36 gallons/hour of fuel products. The demonstration-scale plant can produce approximately 12.7 gallons/hour (100,000 gallons/year). In June 2014, the company announced that it had developed small-scale STG+ modular units with a capacity of 350 barrels/day of gasoline to utilize stranded natural gas resources.

Overall process efficiency is affected by synthesis gas (mixture of hydrogen carbon monoxide and carbon dioxide) according to Udesen, which is in line with most of the petrochemical industry. By contrast, synthesis gas is part of the intermediate gas technology.

In principle there are few differences between first and second generations of methanol-to-gasoline technology, says Udesen.

“Fundamentally, it is the same methanol-to-gasoline process that was used in the eighties, but catalyst has been improved and gasoline specifications have also become more restrictive with respect to sulphur content, Benzene levels” and so on, he says. Furthermore, the capacity of a world-scale methanol plant (gasoline production from natural gas via methanol) has more than doubled since the 1980s.

“Normally, durene is not formed or contained in any significant level in conventional crude/mineral oil refining, whereas durene is produced as part of the synthetic gasoline mixture,” says Udesen.

In terms of octane number, durene is a favorable component, he says. However, because of its high melting point (approximately 79 °C), it was reported in the past that it could cause problems in vehicle fuel systems if a traditional carburetor system was being used. However, with today’s modern fuel injection systems, durene no longer poses the same challenge and durene content up to 5-6% of the weight is normally not a problem. Udesen says that the recent addition of the gasoline upgrade unit (GUU) to TIGAS has lowered durene content to a level that solves most issues concerning cold flow properties while maintaining or improving a high octane rating.

According to the IHS Chemicals special report, the energy efficiency of converting methanol to gasoline is around 92-93%, while the overall methanol production process from carbon feedstock to gasoline is 50-60%.

Other challenges noted in the report are related to heat removal, catalyst lifespan, direct production of fuels and process efficiency. For example, some of the challenges of the MTG process include having a highly exothermic reaction, which leads to heat removal issues. Unreacted methanol also poses challenges as it remains dissolved in water and can only be recovered by distillation.

Furthermore, some of the challenges faced by the TIGAS process include having three separate reactions - production of syngas, synthesis of methanol and conversion to gasoline - that are carried out at different temperatures and pressures and catalyst damage due to high levels of hydrogen gas being in gasoline reactors. What’s more, both the MTG and TIGAS processes cannot directly produce diesel or jet fuel as opposed to STG+.

The design of the reactors, where chemical reactions take place or where methanol is being converted to gasoline, is determined by factors that include mode of operation, types of phases that are present and the thermodynamics and kinetics of the chemical reactions being carried out, to name a few. In terms of methanol-to-gasoline two kinds of reactors can be used: fixed-bed and fluidized-bed.

“To our knowledge the only commercialized methanol-to-gasoline reactor concept is the fixed bed reactor principle,” says Udesen. Principally, in a methanol-to-gasoline plant, a number of fixed bed reactors operate in parallel. At regular intervals each reactor is taken off-stream for regeneration due to coke formation on the catalyst. The catalyst is regenerated in-situ. Fixed-bed reactors have the catalyst, normally in pellet form, packed in a static bed. After regeneration the reactor is put back on-line until the next regeneration sequence. “As the reactions forming the gasoline components are highly exothermic, it could be considered to use a fluidized bed reactor system,” says Udesen.

In general, fluidized-bed reactors have the potential to solve many of the issues present in fixed-bed reactors. For instance, they allow for better access to catalyst material in order to obtain the optimum surface area for reactions to occur. Heating issues are also lessened because of the improved heat transfer as a result of the inherent characteristics of the fluidized state of the catalyst bed. Furthermore, fluidized-bed reactors can operate almost isothermally as they contain internal tubes via which heat transfer fluids can be distributed to eliminate excess heat. Lastly, in fluidized-bed reactors, catalysts can be removed on-line for regeneration without shutting down the reactor.

However, Udesen says that one drawback is that a fluidized bed reactor system is more complicated to operate and not as easily scalable compared to a fixed bed reactor.

A recent collaboration between Sinopec Engineering Co. and EMRE may tackle the operability issue of a fluidized bed reactor system. Both parties announced that they will take part in a cooperative development agreement (CDA) to advance fluidized-bed methanol-to-gasoline technology.

The agreement aims to develop a fluidized bed methanol-to-gasoline design that will cost significantly less to construct and operate while considerably improving energy efficiency in comparison to the fixed-bed design. Previously, EMRE conducted research on a fluidized-bed version of methanol-to-gasoline technology with the U.S. Department of Energy.

By posting a comment you confirm that you have read and accept our Posting Rules and Terms of Use.
Advertisement
RELATED ARTICLES
Fuel processing capabilities expand with new large scale reactor
Chemical Looping Tech Consumes Fossil Fuels Along with Carbon Dioxide
Methanol Plant Secures Air Permit
Photonics system to derive clean energy from CO2
Biomass for Energy: Yes or No?
Advertisement