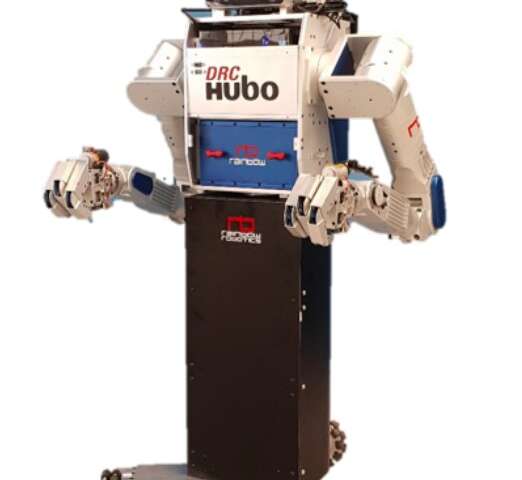 Humanoid service robot M-Hubo. Source: Lee et al.Researchers from the Korea Advanced Institute of Science and Technology (KAIST) have developed a robotic butler capable of transporting drinks to humans at a faster rate than similar robots.

Dubbed M-Hubo, the robot butler is a fully autonomous humanoid robot on wheels that can reportedly complete tasks faster than other humanoid robots of similar design. This improved capability is due to a new design technique devised by KAIST researchers that incorporates a 3D-object detection network along with a kinematically optimal manipulation planner. The technique reportedly decreased the time it takes robots to fetch drinks, with the robots performing at 24% of human speed.

According to its developers, the technique enables M-Hubo to sense its environment in real time, thereby preventing collisions in dynamic settings. Such obstacles are what reportedly prevent humanoid robots from widespread adoption as they tend to perform tasks in significantly more time than it takes humans to complete the same tasks. However, researchers expect that the latest technique from KAIST will pave the way for service robots with improved speeds and, consequently, greater adoption of humanoid robots designed for a variety of applications. KAIST researchers believe that the M-Hubo in particular will serve as a robot that can assist the elderly and those with mobility issues in the home.

As robots become capable of more and more, expectations are that they will crop up in just about every industry, performing tasks that were once relegated to humans. So far, humanoid robots are in development for the healthcare industry, assisting nurses in caring for patients. Likewise, robots are finding applications in schools, assisting teachers in the classroom and preparing pizzas in the restaurant industry. Robots can even be found performing religious rites as Buddhist monk robots in Japan.

By posting a comment you confirm that you have read and accept our Posting Rules and Terms of Use.
Advertisement
RELATED ARTICLES
10 robots ready to join the human workforce
Robots in Development to Offer a Hand in the Kitchen
Honda to Consider "Retiring" Japan's Famous ASIMO Robot?
Team investigates the future role of robots in healthcare
NASA Robots Go to School for Reprogramming
Advertisement