Watch the flight of the first commercial electric plane 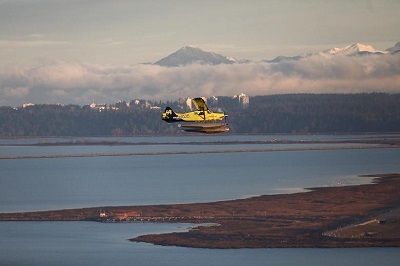 The commuter airline company partnered with propulsion technology developer Magnix to replace the six-passenger plane’s Pratt & Whitney P-985 Wasp Junior piston engine with a Magnix-made 750-horsepower (560 kW) magni500 electric propulsion system. The lithium battery backed system revolves at a base speed of 1,900 rpm and has a maximum speed of 2,600 rpm.

Following the successful four-minute demonstration flight of the ePlane, the companies will now initiate the propulsion system certification and approval process, with the ultimate goal of retrofitting the rest of Harbour Air’s fleet.

By posting a comment you confirm that you have read and accept our Posting Rules and Terms of Use.
Re: Watch the flight of the first commercial electric plane
#1

They should have painted it green, not yellow.