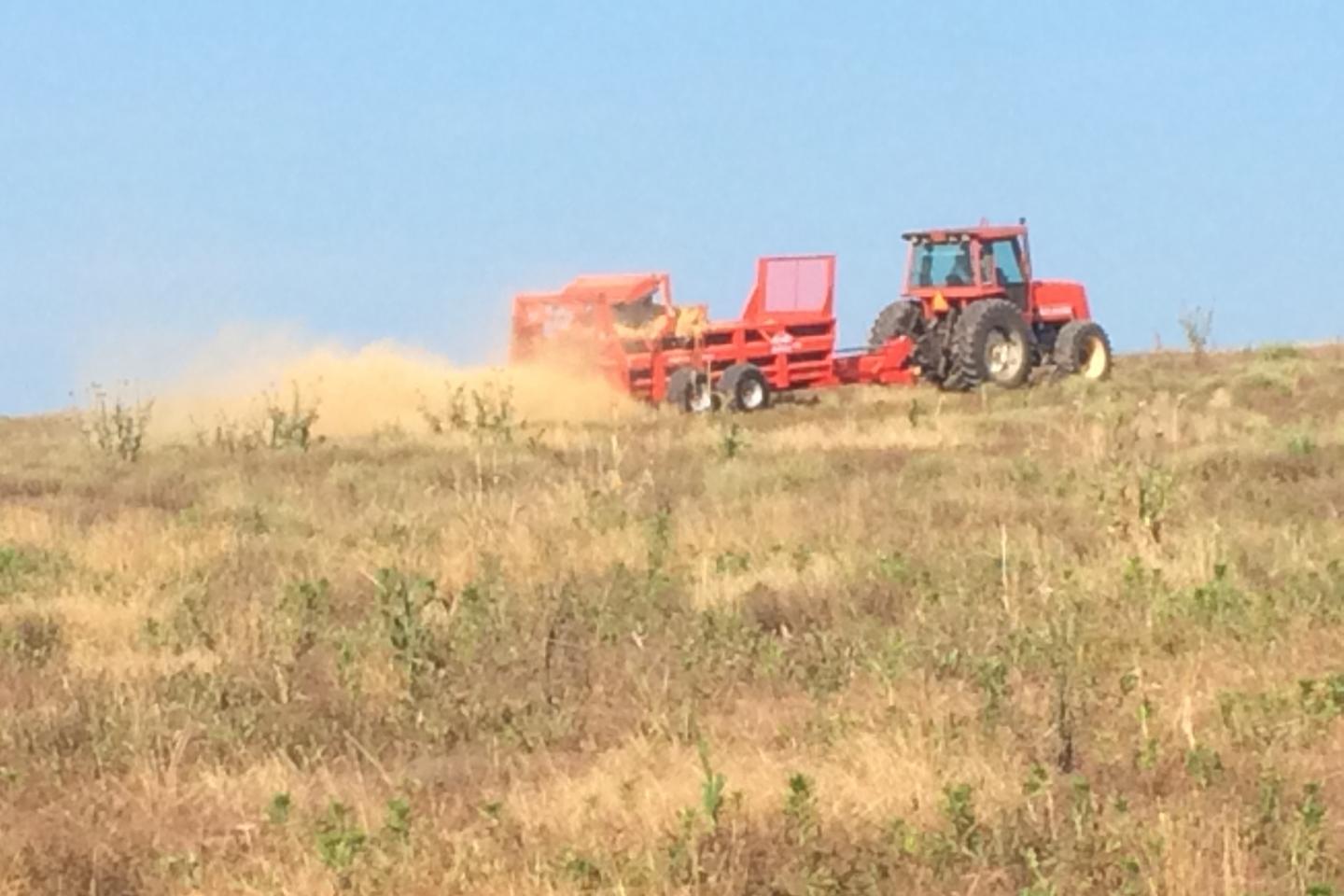 The group analyzed two fields of maize over a year. One field was treated with heat-inactivated spent microbial mass (SMB) and the other was treated with a typical farmer fertilizer practice. SMB is a biotechnology waste byproduct that can provide nutrients that are also in conventional fertilizers.

The team was comprised of researchers from the University of Tennessee Institute of Agriculture, Dupont, USDA, MetCorps and Oklahoma State University. They measured the net ecosystem exchange of carbon dioxide between the crop’s surface and the atmosphere of the plots. The team then measured the maize yields over two growing seasons and the changes in carbon over 1.7 years.

The SMB plot had similar yields to the typical farmer fertilization plot, but SMB had to be applied more than the typical fertilizer. The annual net ecosystem exchange of carbon dioxide was greater with SMB, but some of these emissions were recycled back into the system.

This study was published in Agrosystems, Geosciences & Environment.

By posting a comment you confirm that you have read and accept our Posting Rules and Terms of Use.
Advertisement
RELATED ARTICLES
Bacteria help plants grow without fertilizer
Solar geoengineering could protect crops from climate change effects
Crop Yield May Decline Due to Climate Change
Startup Debuts Food Waste-to-Fertilizer Technology
Improving sustainability and biofuel yield of grassland species
Advertisement