This article, the third in Welding Digest’s three-part series on beam welding, examines some of beam welding’s niche areas and basic applications. Be sure to read parts 1 and 2.

Electron and laser beams can melt or vaporize a wide range of materials including metals, thermoplastics, glass, thermoplastic elastomers and ceramics. They can burn or vaporize wood, composites, thermoset rubbers and plastics, ceramics, and concrete.

Laser welding is also useful in welding dissimilar materials. For example, thermoplastics can be joined to metals using lasers. The laser melts the thermoplastic, which then sticks to the metal surface like a hot melt adhesive. Lasers have also been used to join dissimilar metals like aluminum and steel.

While the need for hard vacuum is hassle for electron beam welding, the vacuum chamber does prevent oxidation and contamination of workpieces, which is an advantage when welding reactive metals like superalloys, titanium, vanadium, beryllium, zirconium, niobium and tantalum. Electron beams can even weld high melting point or refractory metals like tungsten and molybdenum. Electron beams can weld dissimilar metals and exotic alloys, which are unweldable using conventional arc welding. NASA is using electron beam welding of pure tungsten HexCans for nuclear thermal propulsion engines. 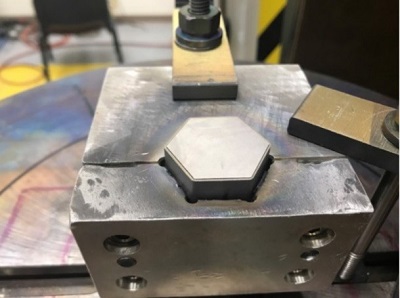 Laser microwelding is widely used in welding critical medical devices. For example, pacemakers are sealed with lasers to prevent ingress of body fluids into the device. Catheters, implants, metal stents and orthodontic brackets are often welded with lasers. Laser microwelding is commonly used to repair defect in expensive molds and tools. Tool steels can be difficult or unweldable with arc welding.

Jewelers use laser microwelders because they provide unparalleled control over intricate details and weld dimensions. Laser welding can be used to fill in porosity, repair loops on necklaces, watch parts, bezels, and to bond posts to earrings. 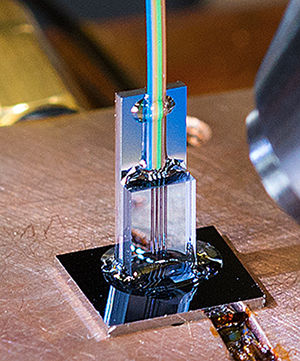 Laser welding is beneficial in making the internal and external (tab to terminal) connections during battery manufacturing. Laser welding has become the technology of choice for sealing the battery can seams. Laser welding minimizes the heat input into the thermally sensitive battery materials. A high integrity, hermetic seal is critical in batteries using lithium materials reactive with oxygen or water.

While laser and electron beam welding processes have found wide application across many industries, beam welding processes handle only a small amount of welding applications. In fact, according to NIST researcher Brian Simonds, while laser welding is currently used in only 0.5% of welding work, it has the potential to replace 25% of existing welding activities, which if realized could provide many technological, economic and environmental benefits.