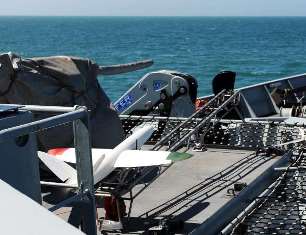 The roughly 500m flight demonstrated the potential use of small lightweight UAVs that can be launched at sea, the research team says.

“The key to increased use of UAVs is the simple production of low cost and rugged airframes—we believe our pioneering used of 3D-printed nylon has advanced design thinking in the UAV community world-wide,” he says in a statement.

SULSA carried a video camera to record its flight that enabled the researchers to monitor the flight.