This utility wants 900 MW more of renewable energy plus storage

The Hawaiian Electric Companies are beginning one of Hawaii's largest procurement efforts for renewable energy resources to end the use of coal and reduce reliance on imported oil for power generation. The procurement is part of the utility's goal to use 100% renewable energy by 2045.

The companies won approval from state utility regulators to procure roughly 900 megawatts (MW) of renewable energy resources and renewables paired with energy storage. Details on the requests for proposals for renewable energy and grid services are here. 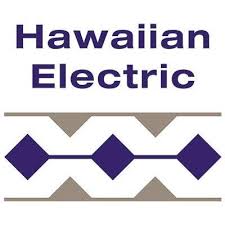 The procurement includes estimated targets of 594 MW of solar for Oahu, 135 MW for Maui and up to 203 MW for Hawaii Island.

Projects for Maui must include energy storage. On Hawaii Island, solar must include storage but is optional for other technologies. On Oahu, pairing generation with energy storage is optional. Storage on Oahu and Maui is also being sought to replace firm generating units. This can be provided by renewable generation paired with storage or standalone storage. Contingency storage is also being sought for Oahu and Hawaii islands.

For Oahu, new renewable generation and storage is needed to replace the 180 MW coal-fired AES Hawaii plant, which is due to close by September 2022. It is the largest single generator on Oahu, meeting 16% of peak demand.

For Maui, new renewable generation and storage is needed for the planned retirement of Kahului Power Plant by the end of 2024.

A separate request for proposals for grid services from customer-sited distributed energy resources is intended to help system operators manage reliability with diverse, dynamic inputs and outputs. The companies are seeking grid services such as fast frequency response and capacity for Oahu, Maui and Hawaii islands with targets ranging from 4 MW to 119 MW.

Due to the complexity of the initiative, state regulators are requiring that independent observers and a technical advisor assure that all proposals — including "self-build" projects proposed by the companies — are treated fairly and equitably and will not interact to create technical problems on island grids.

Pending negotiations of contracts and final approvals, the first renewable generation projects from this phase would come online in 2022 with the total amount of megawatts expected by 2025.

The grid services projects are expected to start ramping up in late 2020 with the total expected by 2022.

In the first phase of the renewable procurement, completed in 2018, the companies negotiated contracts for eight projects on three islands. State regulators approved seven projects on Oahu, Maui and Hawaii Island for roughly 260 MW of solar energy with more than 1 gigawatt-hour of storage by the end of 2021. One project is pending commission approval.

Re: This utility wants 900 MW more of renewable energy plus storage
#1

I think their goal to replace combustion processes for energy is admirable; however, I think they are picking the wrong replacement strategy. My opinion is that one fast nuclear, or maybe one for each island, would be better. (This is NOT the thermal nuclear with which many are familiar.) The UP time is much better than wind and solar, plus the fast reactors are about 100 times more efficient than thermal reactors, including less waste that has to be stored for very much less time.

Re: This utility wants 900 MW more of renewable energy plus storage
#2