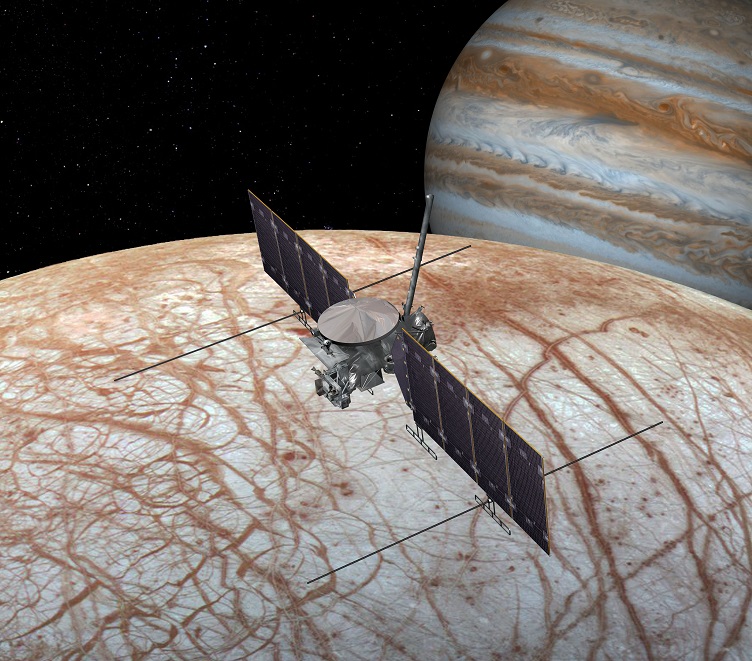 An artist's rendering of the Clipper space probe that will explore Europa, the moon of Jupiter. Source: NASA

NASA has confirmed that it will send a space probe to the solar system’s largest planet, Jupiter, in the hopes of finding potential life on the icy ocean moon of Europa.

The decision to go forward with the mission means NASA will attempt to complete the final design of the Clipper probe, followed by the construction and testing of the entire spacecraft and science payload.

“We are all excited about the decision that moves the Europa Clipper mission one key step closer to unlocking the mysteries of this ocean world,” said Thomas Zurbuchen, associate administrator for the Science Mission Directorate at NASA Headquarters in Washington. “We are building upon the scientific insights received from the flagship Galileo and Cassini spacecraft and working to advance our understanding of our cosmic origin, and even life elsewhere.”

Clipper will conduct an in-depth exploration of Europa and determine if there are conditions that could be suitable for life.

NASA is aiming for the spacecraft to be ready for launch as early as 2023, but the baseline commitment supports a launch readiness date of 2025.