Offshore wind market growth predictions show accelerated growth in the next decade, with cumulative capacity ranging from 154 to 193 gigawatts (GW) by 2030. Long-range predictions suggest generating capacity in excess of 500 GW by 2050, according to a new report from the National Renewable Energy Laboratory (NREL). 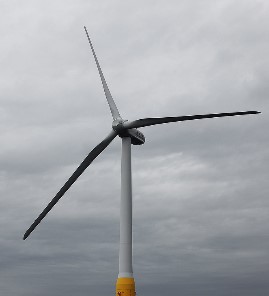 The U.S. offshore wind sector suffered a setback in early August after the federal Bureau of Offshore Energy Management (BOEM) said that it needed more time to study the potential cumulative effect of proposed wind projects in the waters off the Massachusetts coast.

The BOEM action delayed progress by developers of the proposed 800 megawatt Vineyard Wind project. Vineyard Wind is 50% owned by funds of Copenhagen Infrastructure Partners and 50% by Avangrid Renewables.

Vineyard Wind leased a 160,000 acre area south of Martha's Vineyard roughly 15 miles from the nearest shore. The project is intended to consist of an array of wind turbines, spaced at least eight-tenths of a mile apart, that are each capable of generating 9.5 MW of power. 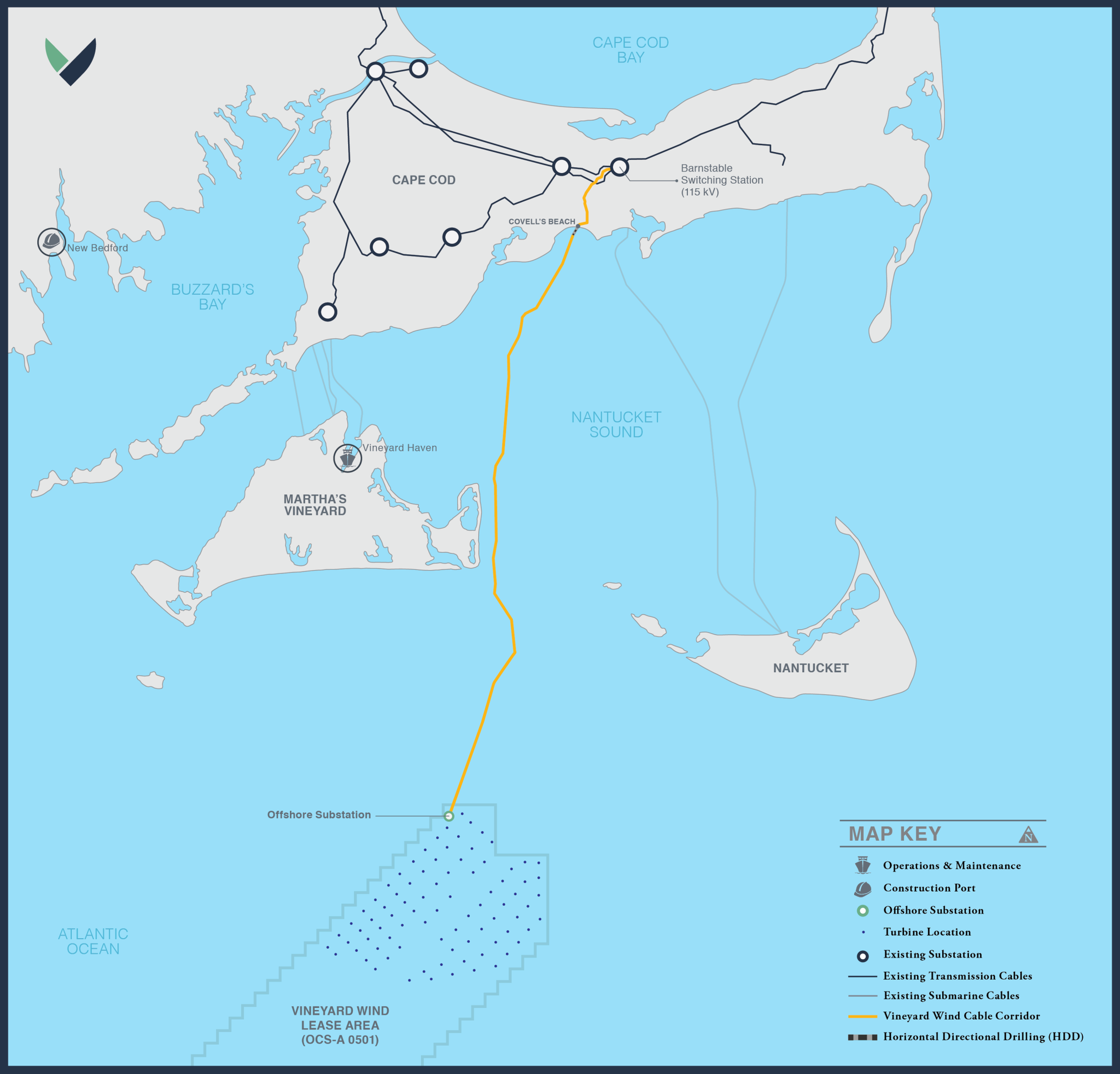 The proposed Vineyard Wind project would be roughly 15 miles offshore and include 9.5 MW turbines. Source: Vineyard WindIn announcing its decision, BOEM said that comments received from stakeholders and other agencies requested a "more robust cumulative analysis" of the proposed offshore wind farm. "Because BOEM has determined that a greater build out of offshore wind capacity is more reasonably foreseeable than was analyzed in the initial draft EIS (Environmental Impact Statement), BOEM has decided to supplement the Draft EIS and solicit comments on its revised cumulative impacts analysis."

Project developers said they remained committed to delivering the project, even with a delayed project schedule. They had planned to take advantage of a federal production tax credit that is set to expire and that was seen as critical in making the project financially viable.

In a statement, Tom Kiernan, CEO of the American Wind Energy Association called the Bureau's decision "regrettable" and said that offshore wind development is expected to result in a $70 billion investment into the American energy supply chain.”

In its broader market analysis, the NREL report said the global wind industry is seeking cost reductions through larger turbines with rated capacities of 10 MW and beyond.

It said that through technology innovation, turbine original equipment manufacturers have been able to limit the rise in turbine cost ($/kilowatt) and manage the increase in mass (kilogram/kilowatt) to allow turbine growth to continue upward to at least 12 MW, if not 15 MW, in the next decade.

By the end of 2018, cumulative global offshore wind installed capacity reached 22,592 MW from 176 operating projects. As of Dec. 31, the global pipeline for offshore wind development capacity was about 272 GW, NREL said.

Everything about putting electrical equipment in corrosive salt water drives the costs off the charts. If you don't mind spending $0.50 (US) retail per kilowatt-hour for your energy, then offshore wind might be for you.

Once you have populated all the appropriate land-based sites for wind turbines, should you even consider off-shore sites.

I find myself in complete agreement with you.

I have said for years the wind generator need to be close to the people they are generating power for to reduce transmission cost. The power generation also needs to incorporate solar cells and the newest storage batteries.

The largest problem in the future is going to be the predicted high level of floodings that could impact on the power plants.