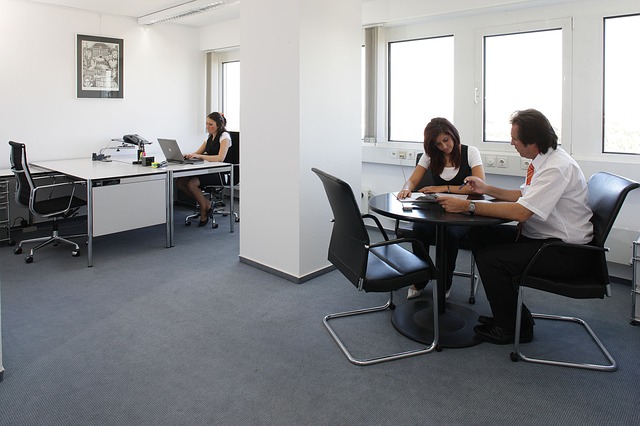 A team of researchers from several U.S. colleges and universities has developed a mobile-sensing system composed of smartphones, fitness bracelets and a custom app to monitor employee performance in the workplace.

In combination, the three components can monitor the physical, behavioral and emotional well-being of employees and that information can be used to distinguish high performers from low performers in the workplace. This is accomplished through the smartphone tracking factors such as physical activity, ambient light, location and phone usage while the wearable fitness tracker measures heart functions, stress, sleep and body measurements including calorie consumption and weight. To determine the amount of time spent at work and on breaks, location beacons are spread throughout both the home and office. These components work in tandem with the custom app called Phone Agent. Once collected, the data is processed by cloud-based machine learning algorithms that are capable of classifying workers based on performance level.

Under testing, the system measured the performance of roughly 750 U.S. workers, both supervisors and non-supervisors, from a number of different industries for one year. Participants self-reported their behaviors to researchers who then classified the performance behaviors including time spent at work, phone activity, physical activity and quality of sleep. According to their findings, high performers had lower phone usage rates, experienced longer and deeper periods of sleep and were more mobile and physically active.

Researchers determined that the system had an 80% rate of accuracy distinguishing between high and low performers and they believe that the mobile-sensing monitoring system will eventually benefit employees by optimizing their performance while simulataneously enabling companies to gauge how employees are doing their work. The tool is thought to be both a complement as well as an alternative to traditional performance evaluations.

"This is the beginning step toward boosting performance through passive sensing and machine learning. The approach opens the way to new forms of feedback to workers to provide week-by-week or quarter-by-quarter guidance on how they are approaching their work," said Andrew Campbell, a professor of computer science at Dartmouth.

“Passive sensors, which are the heart of the mobile sensing system used in this research, promise to replace the surveys that have long been the primary source of data to identify key correlates of high and low performers," said Pino Audia a professor of management and organizations at the Tuck School of Business at Dartmouth.

The findings will be presented at the 2019 ACM International Joint Conference on Pervasive and Ubiquitous Computing (UbiComp) in London in September. The research findings appear in the journal Proceedings of the ACM on Interactive, Mobile Wearable and Ubiquitous Technology.

Re: Researchers develop mobile-sensing system to distinguish high performers from low performers in the workplace
#1

Workplace equipment stays at work between the workday ending and the next one beginning, surely?

Re: Researchers develop mobile-sensing system to distinguish high performers from low performers in the workplace
#2

Or you could just measure the quantity and quality of work they produce. I don't freaking care what their heart rate is or how long they sit on the can as long as they get the job done. Sheesh.