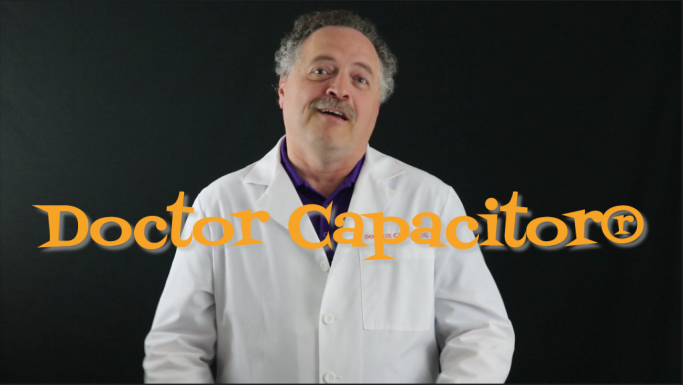 Nichicon Corporation has announced the return of their Doctor Capacitor® Series with new episodes all summer. After more than a year on hiatus, the popular video series returned with Episode Seven on June 18, 2019, and is available on YouTube.

Episode Seven is sure to bring an exciting new “twist” to learning about capacitors. The spunky Doctor is played by Nichicon engineer Mark Gebbia, who also writes the technical papers which inform the content of each episode. This season will also employ the writing and acting of Nichicon marketing intern, James Fleshman.

Episode Seven, entitled “What’s in the mail, Doc?” will address many frequently asked questions about capacitor technology with easy-to-understand answers and humor. Questions include how capacitors are made, electrolytic combinations, when to use audio capacitors and more.

In addition to new episodes, Doctor Capacitor® was also granted protection under the United States Patent and Trademark Association in November 2018. This allows Nichicon to continue producing the capacitor training videos with exclusive rights to the content of the episodes.