This airport will see $5 billion in upgrades over 15 years

The Miami-Dade County Board of County Commissioners adopted a capital improvement program at Miami International Airport to fund up to $5 billion in airport-wide modernization projects over the next five to 15 years. 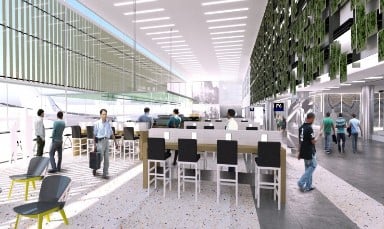 Passenger and cargo traffic at MIA are projected to reach 77 million travelers and more than four million tons of freight by 2040.

The capital program is designed to address all of the airport's future capacity and operational needs through five sub-programs:

In 2018, MIA passed 45 million annual passengers, an increase of nearly 1 million over the previous year. MIA also ranks as one of the busiest U.S. airports for international freight, handling 2.3 million total tons of freight in 2018. that was up 60,000 tons from 2017. Overall, the airport generates nearly $31 billion in business revenue each year.

By posting a comment you confirm that you have read and accept our Posting Rules and Terms of Use.
Advertisement
RELATED ARTICLES
Built in the U.S.A: Denver Airport Upgrade Cleared for Takeoff
Built in the U.S.A.: Reagan National Set for $1bn Expansion
Delta Breaks Ground on $4bn LaGuardia Terminal
Pittsburgh Airport Issues RFQ for $1.1b Expansion
Denver Airport Officials Boost Gate Additions by 50 Percent
Advertisement