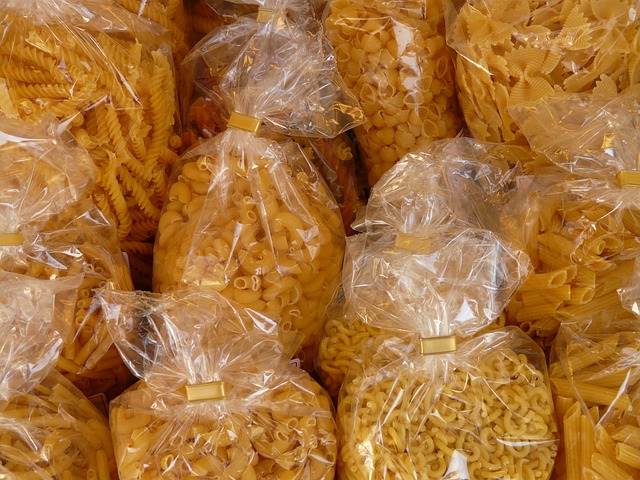 Scientists at Kaunas University of Technology (KTU) in Lithuania have developed a biodegradable plastic capable of decomposing in a compost bin in roughly two years’ time.

According to the team of scientists from the KTU Faculty of Chemical Technology, the biodegradable plastic, which is transparent and deteriorates with the help of microorganisms, is suitable for contact with food. The bioplastic is made from cellulose, which is a natural material that is the primary building block for plant cell membranes. Cellulose is generally derived from timber and is among the most common biopolymers in nature.

"We are used to getting sandwiches, snacks, pastries, sweets and many other products in a paper bag with a plastic window. With a clear window on the front face, the products in the bag can be viewed easily. Although paper is biologically degradable, it is complicated to separate paper from plastic, and the package is considered non-recyclable and non-compostable. However, if we made the window from biodegradable plastic, it could be composted. Moreover, we could even use the bag for collecting biodegradable waste and put all into the compost bin together," said Dr. Paulius Pavelas Danilovas, the lead researcher of the team.

The challenge in creating a bioplastic that is appropriate for this specific kind of food packaging, according to researchers, is making it both transparent and biodegradable.

“Usually, to become fluid plastic needs to be heated. However, if you heat paper (which is also based on cellulose) it will not only not become liquid, but will also burn! We are excited to have found composites, which not only allow cellulose to turn into fluid condition but also are non-toxic, which is very important in all products related to food handling,” said Dr. Danilovas.

The race to develop plastic alternatives, particularly for the food packaging industry, is on all over the world following news that many cities and companies are attempting to minimize its use due to its environmental impact. Researchers from the University of Nottingham have been developing 100% biodegradable and edible food packaging while a London-based startup is attempting to turn lobster shells into a plastic alternative.

Re: Scientists develop a food packaging bioplastic that degrades in just a couple of years
#1

The problem is not not having biodegradable plastic, the problem is cost...they cost like a dollar a bag! vs a fraction of a penny for what we have now...

Re: Scientists develop a food packaging bioplastic that degrades in just a couple of years
#2
In reply to #1
IdeaSmith

Yeah, but the assiciated cost for the society for dumping, recylcing or wrong disposing and its effects the so called enviromental costs still exist.

What also exists is the lack of understanding how biodegradable material interacts in its various forms and sizes.

Plastic per se is not a problem either unless it is for example wrongly taken for food by poor creatures. The real problme might be smaller particle sizes of plastic after it degrades and accumulates in tissues or blood vessels or where else.

The point is, if the material degrades and gets smaller, what effect do they have. All we know is that the bio degreadble plastic gets smaller faster! Is this good or better in the end? Will there be remains of unknown consequences?

Questions to be answered before calling this a

Re: Scientists develop a food packaging bioplastic that degrades in just a couple of years
#3
In reply to #2
Rixter

I agree, plastic that decomposes spontaneously shouldn't be mixed with food. (It sure would make you watch the "use by" dates!).

I remember storing something in the attic and putting a bag around it to keep off the dust. After about 6 months I found it sitting there with shreds of plastic strewn about. Unfortunately, it was biodegradable.