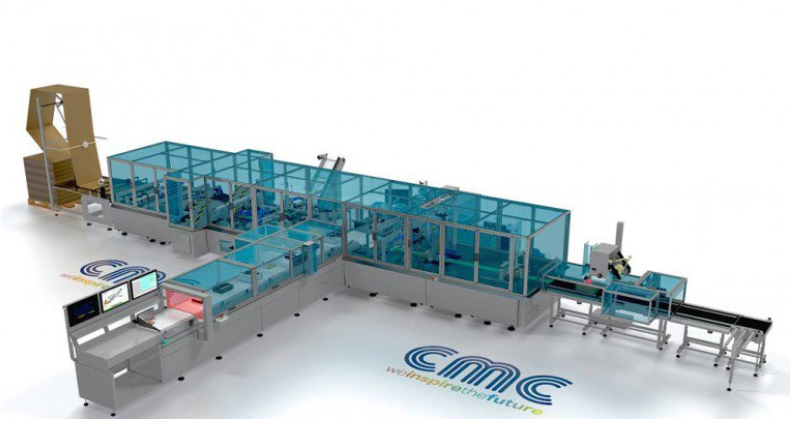 At select distribution centers throughout the U.S. Amazon is conducting trials of new, automated packaging machines that package products significantly faster than humans, according to reports.

Built by the Italian firm CMC Srl, the machines, called the CartonWrap 1000, can reportedly pack boxes four to five times faster than humans, processing roughly 700 orders per hour. The machines scan products on the conveyor belt and then envelop them in packaging. Each machine requires just three people to operate: one person to load orders, one person to fix jams and another to restock cardboard and glue. According to Amazon, the machines speed up delivery times, increase safety and save money.

However, if successful, concerns are that the machines could also eliminate as many as 24 jobs at each of Amazon’s distribution centers. That is an estimated 1,300 possible total job cuts across the 55 Amazon distribution warehouses, according to reports.

Although Amazon has recently suggested that a fully automated warehouse is nearly a decade away from reality, reports on CartonWrap 1000 are likely stoking fears about automation potentially taking over many work-related tasks across every industry. The reports are varied, with some suggesting that automation will enhance opportunities in the workplace, while others say as much as 50% of current work tasks could be automated in just a few years' time.

What's the error-rate versus human packers? Likewise, the cost of purchase, maintenance and repair/replacement?

"Each machine requires just three people to operate: one person to load orders, one person to fix jams and another to restock cardboard and glue". Ha Ha. The machines now have human minions. What a damned good laugh that gave me. Machines have slave labour. Now what are your rights under this regime? This tickles me pink, What a bloody joke and how pathetic people have become in the name of profit and corporate greed and domination. No worry, I'll be back!

"The CVP-500 by Neopost is an in-line autopacker and can on average replaces up to 15 manual packaging stations at a time".

Used Humans for sale; Don't scarp your work staff or human person, Here at Tach Advanatage Ltd we offer a huge selection of redundant humans. A variety of colours and sizes available, including ages. Well maintained, many with low useage. Available in two styles, male or female. Self maintaining and can be trained to complete simple tasks around the home or office. Order yours today and take up this weeks special offer, Buy One, Get a Family free. Call us today for a free quote when trading in your work staff on a state of the art FMG-550X packing machine. Don't delay, call us today for your latest humans. Free phone: 00 72739 968. Global Sales. Tach Advantage Ltd. Sales Desk: Rob Bott. Ask about our other specials and bespoke units. We pay cash for good working humans. Call our agents today.

Order your Minion today and get 10 credits.

So these machines can crack my CD cases five times faster?

No sir, not at all, cracked CD cases is postal services or FedEx. . We are not liable for cracked CD cases, nuts or condommints. Please refer to our high tech T&C's and Returns Policy. All packaged items are untouched by human hand. Please refer all complaints to Ms. An Droid on the telephone number provided.

. . . but when the alternator is tossed into the same box with little to no padding . . .

Do as I do, be sociable and go to the spares shop and catch up on a chat with real live humans. They can be a pain in the arse, but, it can be fun to get two way conversation. Makes one feel human.