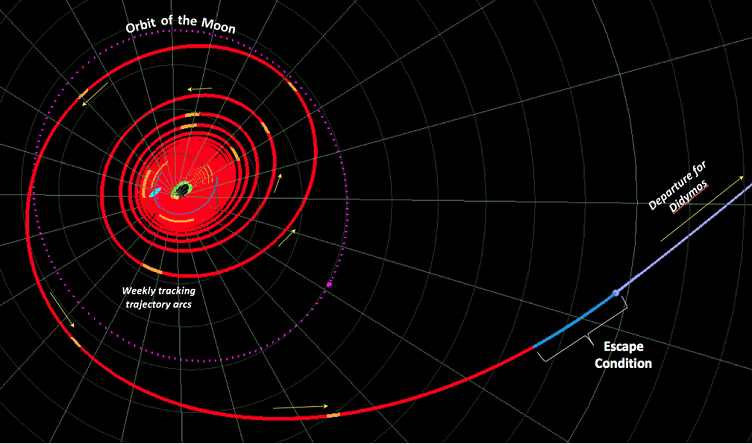 The orbital path of the DART project toward the impact of the asteroid. Source: NASA

SpaceX has been awarded a contract by NASA in a first-ever mission to demonstrate the capability of deflecting an asteroid by colliding a spacecraft with it at high speed.

The technique is known as kinetic impactor and the contract is for about $69 million, which includes the launch service and other mission-related costs.

The Double Asteroid Redirection Test (DART) launch is currently targeted for launch in June of 2021 on a Falcon 9 rocket from Space Launch Complex 4E at Vandenberg Air Force Base in California.

DART will intercept the asteroid Didymos’ small moon in October of 2022, when the asteroid will be within 11 million kilometers from Earth.

Re: NASA awards SpaceX a contract to crash a spacecraft into an asteroid
#1 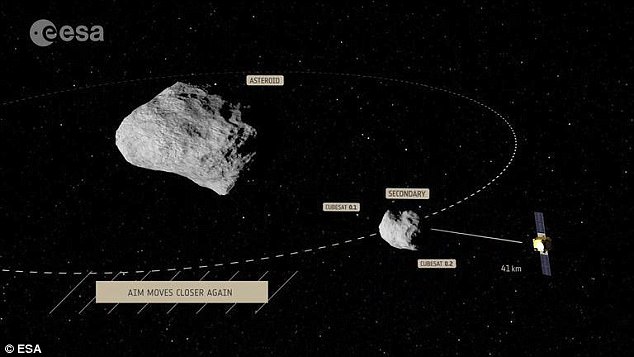 ..."The DART spacecraft will achieve the kinetic impact by deliberately crashing itself into the moonlet at a speed of approximately 6 km/s, with the aid of an onboard camera and sophisticated autonomous navigation software. The collision will change the speed of the moonlet in its orbit around the main body by a fraction of one percent, enough to be measured using telescopes on Earth."...

Re: NASA awards SpaceX a contract to crash a spacecraft into an asteroid
#2
In reply to #1
SolarEagle

The spacecraft will weigh about 500kg...

Assuming .03 km diameter and a density similar to others, what would you guesstimate the weight of this Didymoon asteroid to be?

Re: NASA awards SpaceX a contract to crash a spacecraft into an asteroid
#3

Re: NASA awards SpaceX a contract to crash a spacecraft into an asteroid
#4
In reply to #3
SolarEagle