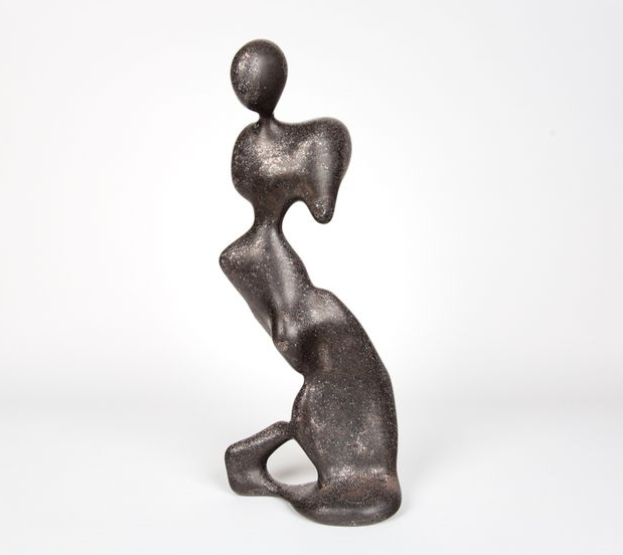 The Dio sculpture. Source: Ben SnellA New York-based artist has created the first-ever artificial intelligence (AI)-generated sculpture, composed from the remains of the computer used to design it, according to reports.

The sculpture, called Dio after the Greek God Dionysus, was designed using a machine learning algorithm and with guidance from New York artist Ben Snell. The algorithm was trained on a database of roughly 1,000 sculptures including classic works like Discobolus and Michelangelo’s David. With guidance from the human artist, the system tried to recreate what it had been trained on. However, when instructed to create something entirely new, Dio was the result.

Once a mold of Dio had been commissioned, Snell deconstructed the computer, destroying with it the data and training models used to create Dio, as well as the computer’s enclosure, RAM, hard drive and graphics processing unit. Snell then pulverized the physical remains and cast resin along with the computer’s ground components in a mold of Dio.

Dio is currently for sale at Phillips' auction house in London.

This is not artificial intelligence’s first foray into the creative world. In 2018, artwork created by AI sold at Christie’s auction house in New York City for $432,000. Likewise, a team from the U.K.-based company Engineered Arts is developing an AI robot that will be capable of drawing portraits.

However, AI is not limited to artwork. Recently, an AI algorithm signed a record deal with Warner Music Group for its AI-generated albums, while artists and developers from Botnik Studios created the world’s first AI-written fairy tale.

By posting a comment you confirm that you have read and accept our Posting Rules and Terms of Use.
Advertisement
RELATED ARTICLES
Thanks to AI, Salvador Dalí will live again
Artist builds AI robot that can paint landscapes
AI-generated Artwork Auctioned Off for $432,000
Finding the Crossroads of Engineering and Art
Algorithm signed to record deal with Warner Music Group
Advertisement