The purity of breathable air has a direct impact on health. Small solid particles and liquid droplets in the air known as particulate matter (PM) can aggravate mucous membranes and damage lung tissue. The smallest particles can infiltrate the deepest levels of the lungs and enter the bloodstream. 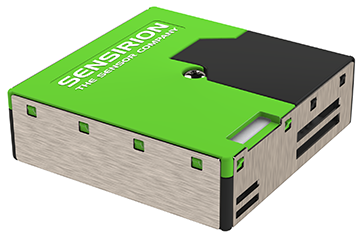 Figure 1: Sensirion's SPS30 particulate matter sensor. Source: SensirionExposure to PM can cause disability and death from diseases like acute lower respiratory infections, chronic obstructive pulmonary disease, stroke and lung cancer. Globally, one in nine deaths is caused by air polluted with PM, according to the World Health Organization.

For this reason, it is important to monitor PM concentrations. Identifying elevated PM levels and taking remedial actions such as improving air filtration systems can prevent the health risks posed by PM. Optical particle counters (OPC) provide a cost-efficient way to monitor PM levels by detecting the light scattered by particles passing through a laser beam.

Sensirion’s SPS30 PM sensor is a small-form factor, long-lasting, highly accurate OPC that detects particles in several health-critical size ranges, including the commonly tracked PM2.5 and PM10 categories, which consist of particles with diameters less than 2.5 µm and 10 µm, respectively. SPS30 is designed for use in HVAC and air-quality applications including air purifiers, air conditioners, demand-controlled ventilation systems, environmental monitors and embedded smart home and IoT devices. The following five characteristics enable the sensor to excel in its air-quality monitoring functions. 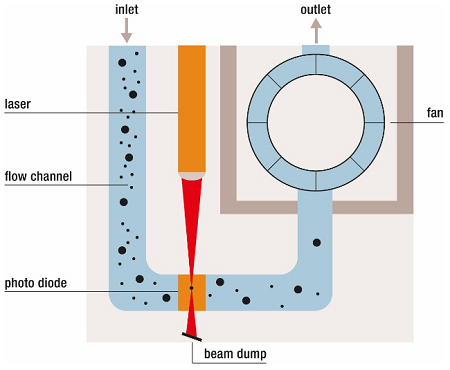 Figure 2: SPS30 detects scattered light as particulate matter passes through a laser beam to calculate mass concentrations and particle number concentrations. Source: SensirionSPS30 works by drawing a flow of air into the device’s inlet with an internal fan. The air and the PM carried in it is directed along an inner flow channel toward a laser beam. As each particle of matter travels through the laser, light is scattered and detected by a photodiode. The raw output signal from the photodiode is conditioned by analog front-end circuitry before processing by the sensor’s microprocessor. These calculations employ proprietary algorithms to compute both mass concentrations and particle number concentrations.

Sophisticated algorithms are a key distinguishing factor between SPS30 and other commercially available PM sensors. Other sensors often calculate mass concentrations with a simplistic method that introduces substantial error. The method solves for mass concentration by multiplying the particle count by an assumed constant mass density for all particles. A failure of this approach is that for most real airflows, particles are not uniform but comprised of varying shapes, colors and mass densities. For example, particles of smoke and heavy dust have significantly different properties.

Sensirion’s proprietary algorithms, on the other hand, result in accurate mass concentration estimates regardless of particle type. Mass concentration accuracy is ±10 µg/m3 from 0 to 100 µg/m3, and ±10% from 100 to 1,000 µg/m3.

SPS30 can also accurately classify the particles in any given flow of air into PM categories based on particle size. Its advanced binning feature even includes an additional level of differentiation – a PM4.0 bin – for high-fidelity categorization superior to other cutting-edge PM sensors. Such high-resolution binning opens up the possibility of utilizing SPS30 for novel particle-composition applications. For mass concentration, the sensor detects particles of size PM1.0, PM2.5, PM4.0 and PM10; for number concentration, SPS30 detects particles of size PM0.5, PM1.0, PM2.5, PM4.0 and PM10.

Most optical particle counters are susceptible to accuracy degradation and drift due to accumulation of dust on their optical components, including the laser, photodiode and beam-dump. Cheap OPCs tend to have suboptimal sample flows that deposit dust on optical elements, degrading performance over time. SPS30, by contrast, has carefully engineered flow path technology that prevents accumulation of dust on its optical components, ensuring high-accuracy measurements from its first day of operation to its last.

A stress test of the sensor verifying its dust resistance subjected the device to the equivalent of five years of dust exposure in Beijing. Upon inspection of the sensor at the end of the test, its optical elements were found to be free of dust accumulation. 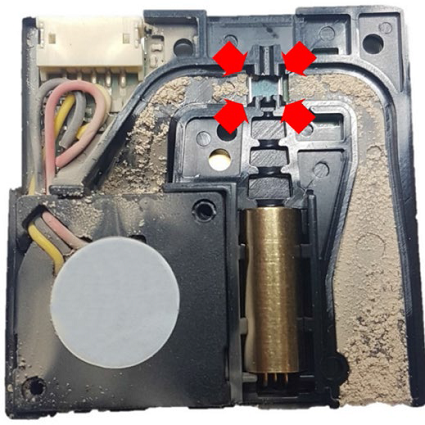 Figure 3: SPS30's photodiode is completely free of contamination after a test exposing the sensor to the equivalent of five years of dust. Source: Sensirion

In addition, the sensor’s automatic cleaning regime periodically clears out accumulated dust in the fan by ramping it up to maximum speed for ten seconds. The default cleaning interval is one week, but can be adjusted. Fan cleaning can also be initiated manually with a command sent to the sensor over the digital interface.

SPS30 fits significant functionality into a small package, including a fan, flow path, laser, photodiode, signal conditioning circuitry, microcontroller and digital outputs. All of this is contained in a module measuring just 40.6 mm x 40.6 mm x 12.2 mm. The sensor’s compact size facilitates integration in applications and devices with limited space.

Fully calibrated digital outputs ensure that measurement readout is simple. SPS30 features both UART and I2C interfaces on the same chip. For applications with sensor-to-board cable lengths longer than 10 cm, the UART interface is recommended to minimize EMI and crosstalk.

By posting a comment you confirm that you have read and accept our Posting Rules and Terms of Use.
Advertisement
RELATED ARTICLES
Honeywell Releases Particle Sensor for Indoor Air Quality
Leak-tightness and technical cleanliness in screw fastenings
How does a HEPA filter work?
Video: Fast testing smart sensor kits
Fundamentals of air quality sensors
Advertisement