Flying cars are environmentally viable only in certain circumstances 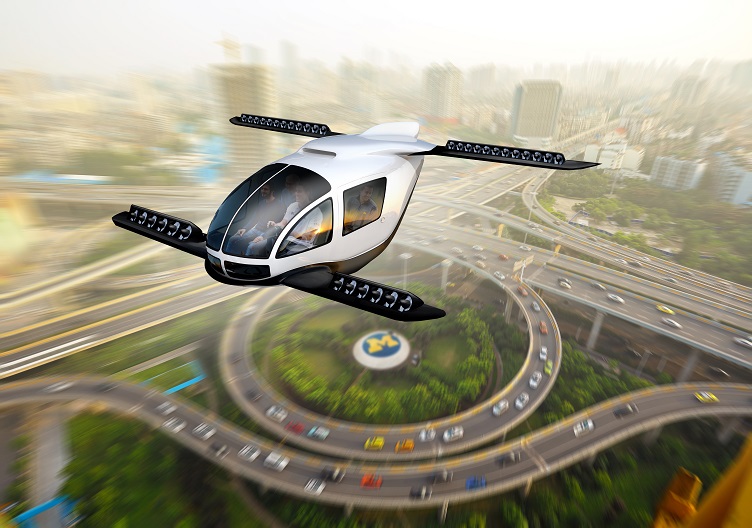 Flying cars might be a cleaner solution than traditional cars only on longer trips. Source: University of Michigan

Flying cars are inching closer to reality as multiple vendors are working on either commuter aircraft for citywide travel or flying taxis that will be used as a ride-share service to transport multiple people over wider distances.

The study found that while flying cars may not be a viable environmental solution to combustion cars for short commutes, they could play a niche role in sustainable mobility for longer trips.

According to researchers, flying cars would be especially valuable in congested cities or places where there are geographical constraints as part of a ride-share taxi service.

“To me, it was very surprising to see that VTOLs were competitive with regard to energy use and greenhouse gas emissions in certain scenarios,” said Gregory Keoleian, director of the Center for Sustainable Systems at the University of Michigan’s School for Environment and Sustainability. “VTOLs with full occupancy could outperform ground-based cars for trips from San Francisco to San Jose or from Detroit to Cleveland, for example.”

Researchers call this the first comprehensive sustainability assessment of vertical take-off and landing (VTOL) flying cars in terms of their energy use, greenhouse gas emissions and time savings compared to ground-based passenger cars.

While flying cars produce zero emissions during flight, the batteries that power the aircraft require electricity generated at power plants. Researchers found that for trips of 62 miles, a fully loaded VTOL carrying a pilot and three passengers had lower greenhouse gas emissions than ground-based cars with an average vehicle occupancy of 1.54. Emissions tied to the VTOL were 52% lower than gasoline vehicles and 6% lower than battery-electric vehicles.

“With these VTOLs, there is an opportunity to mutually align the sustainability and business cases,” Kasliwal said. “Not only is high passenger occupancy better for emissions, it also favors the economics of flying cars. Further, consumers could be incentivized to share trips, given the significant time savings from flying versus driving.”

Researchers used publicly available information from several aerospace and startup companies such as Airbus, Boeing, Joby Aviation and Lilium as well as agencies such as NASA to create a physics-based model that computes energy use and greenhouse gas emissions for electric VTOLs.

“As a result, the trips where VTOLs are more sustainable than gasoline cars only make up a small fraction of total annual vehicle-miles traveled on the ground,” said Jim Gawron, a graduate student at the University of Michigan School for Environment and Sustainability and the Ross School of Business. “Consequently, VTOLs will be limited in their contribution and role in a sustainable mobility system.”

The full research can be found in the journal Nature Communications.

Re: Flying cars are environmentally viable only in certain circumstances
#1

Re: Flying cars are environmentally viable only in certain circumstances
#2

And what about all these cars falling out of the sky and hitting someone on the head, the gods forbid, it could even damage the paint work on my road automobile.

Sorry, I ran out of battery power, or my extension chord was shorter than I realized. Sorry officer, a duck flew into my propeller. No No you cant park on my balcony!

Safer on the road and who knows, someone may decide to have a go at 'drone hunting'. Rethink environmental viabilty......

Re: Flying cars are environmentally viable only in certain circumstances
#3

Well, I do believe in flyng cars) it will happen soon, I'm sure. While I travel https://planetofhotels.com/en/ and use world is changing. We'll travel by flying cars soon:) How do you think it will change?