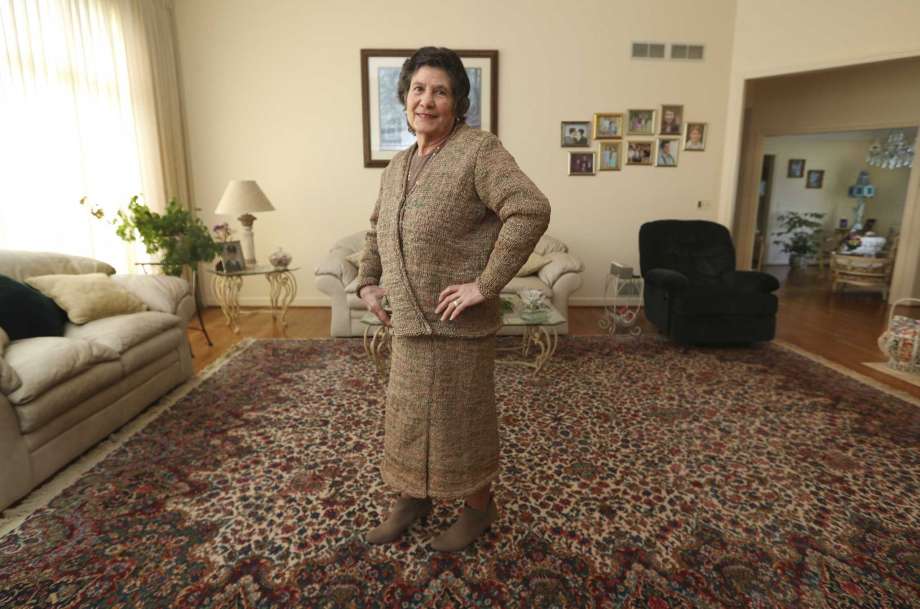 Rosa Ferrigno spent the winter months knitting together more than 300 plastic grocery bags, fashioning them into a skirt and jacket ensemble.

Inspired by a friend’s purse fashioned from grocery bags, Ferrigno, a former seamstress from Greece, New York, initially created two plastic bag purses, one of which had been composed entirely of plastic bags from the grocery store chain Wegmans. Once completed, Ferrigno decided to cobble together a matching outfit by cutting Wegmans bags into thin strips, tying them together and lining them with cotton fabric. To do the actual knitting, Ferrigno had to whittle her own enormous, custom knitting needles to work with the material. The end result of Ferrigno’s efforts was a tweed-like suit.

While Ferrigno explained that she took on the project to pass the time during upstate New York’s long winter, the result is also a demonstration of how the controversial material can be put to use for other purposes, keeping hazardous plastic waste from landfills and waterways, and ultimately out of the food chain.

Yet, not all reuse efforts are designed to serve as a monument to the issue of plastic pollution. Many companies are coming up with ways to turn recycled plastic into something practical. Shoemaker Adidas has introduced a line of sneakers made in part from recycled plastic, and household cleaning supply manufacturer S.C. Johnson & Son is preparing to relaunch its popular Windex Vinegar home cleaning solution in packaging made entirely of recovered ocean plastic.

Oh my goodness! About ten years ago a friend started crocheting shopping bags from shopping bags. The crocheted bags are stronger than regular plastic bags, turning even flimsy ones into something useful. I got hooked (no pun intended) and moved on from plastic bags to crocheting actual stuff from actual yarn. This is the first I've heard of knitting with "plarn," as some people call the plastic strips used as yarn.

This image is from an Etsy store.

Hey, Sex kitten Marilyn did it with potatoe sacks.

Grocery bags are thinner than a wavelength of thermal infrared (10 microns). As a result, although the bags are visually opaque, they are invisible to thermal cameras. Since the human body radiates at these wavelengths, you would appear glowing and naked to a thermal camera! Bad Idea! 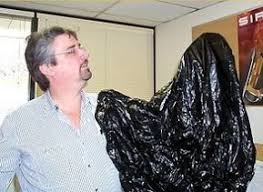 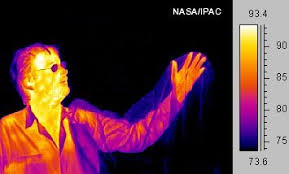 This damned EU has made everyone poor. No wonder the UK is getting out, no one there can knit.