A universe of digital sky data at your fingertips 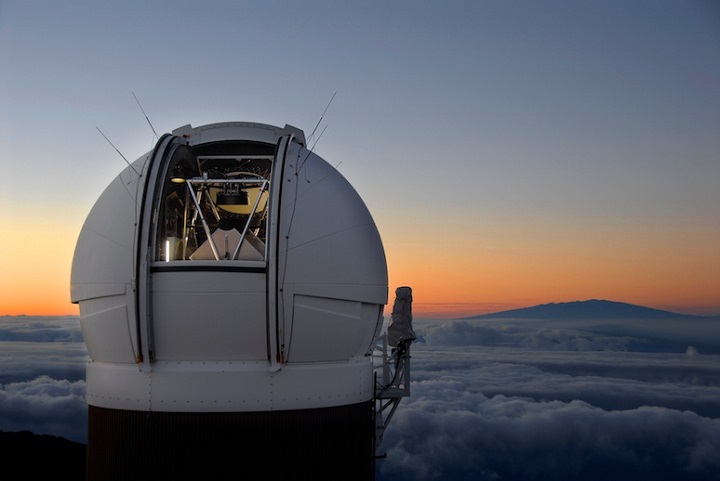 The observatory and its 1.8-m telescope in Hawaii. Source: R. Ratkowski/PS1 Science Consortium

Sited at the summit of Haleakalā on Maui, the 1.8-m telescope fitted with a 1.4 billion pixel digital camera conducted the first survey to observe the entire sky visible from Hawaii multiple times in visible and near-infrared light. The survey took almost four years to complete, scanning the sky 12 times in five filters. This second data release provides access to all of the individual exposures at each epoch of time, allowing astronomers and public users to search for high-energy explosive events in the cosmos, discover moving objects in our solar system and explore the time domain of the universe.

The research was conducted by the PS1 Science Consortium, a collaboration among 10 research institutions in four countries, with support from NASA and the National Science Foundation.

By posting a comment you confirm that you have read and accept our Posting Rules and Terms of Use.
Advertisement
RELATED ARTICLES
Video: Tour the universe with this interactive map
This camera can see deep into the universe
NASA Retires Planet-Hunting Kepler Space Telescope
Teledyne e2v Sensors to Equip the LSST—One of the World’s Most Powerful Survey Telescopes
Video: Report Outlines Exoplanet Research Roadmap for NASA
Advertisement