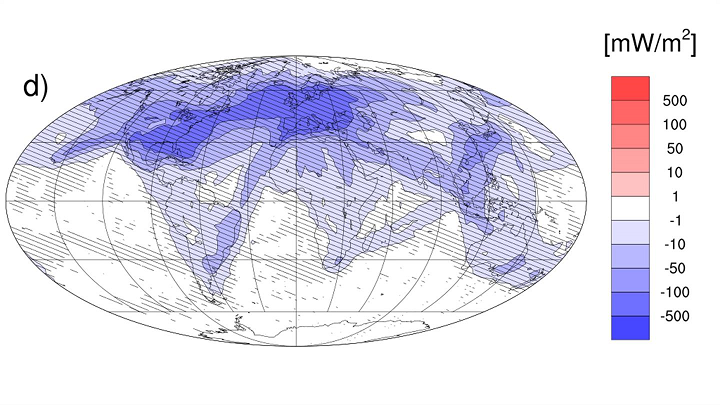 Aviation makes a significant contribution to anthropogenic climate forcing in the form of soot, aerosol and greenhouse gas emissions. Soot emissions are responsible for the formation of cirrus contrails composed of ice crystals that can trigger climate warming effects.

The increased use of biomass-based aviation fuels can reduce soot emissions and subsequent contrail formation, according to analyses conducted by German Aerospace Center researchers. An 80% reduction in soot-related ice crystal formation associated with the use of a 50:50 blend of biofuel and Jet A aviation fuel can halve the climate impact of contrail cirrus.

Field research on the reduction of soot emissions through the use of alternative fuels with a lower proportion of cyclic hydrocarbons is now underway. The German Aerospace Center and NASA are conducting joint research flights to investigate the effect of different fuel blends on soot emissions and the associated formation of ice crystals.

The research is published in Nature Partner Journal Climate and Atmospheric Science.

By posting a comment you confirm that you have read and accept our Posting Rules and Terms of Use.
Advertisement
RELATED ARTICLES
Study: The continuing climate impact of airplane contrails
High-density aviation fuel produced from plant wastes
Cut the contrail? Tweak a few aircraft flight levels, researchers say
Tiki Torch Soot Serves as Surrogate for Diesel Engine Soot
Optical Device May Lead to Cleaner Air and Skies
Advertisement