Engineers and cans of beer: Beer Can Appreciation Day

Hard to believe, perhaps, but there actually is a designated day for appreciating beer cans. Yes, according to the National Day Calendar, it was on January 24 in 1935 that beer was first produced in cans. 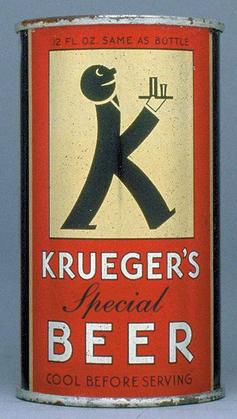 The earliest beer in cans was produced by the Gottfried Krueger Brewing Company.While there is certainly no shortage of interesting label artwork to appreciate among the many brands of beer that have appeared in cans over the past several decades, the engineering story behind the innovation is even more compelling. It begins with the Gottfried Krueger Brewing Company, which was founded in 1858.

As a teenager in 1851, Gottfried had been invited to leave his home in Germany to assist in his uncle’s brewery in Newark, New Jersey. Krueger soon found major success in the beer business and became the owner of multiple breweries, including the one bearing his name that eventually would produce the first canned beer.

Part of the reason for Krueger’s early success was the popularity of German-style lager beer, which grew alongside the rising tide of European immigration to America’s shores. German beers were lighter and less alcoholic than the heavy British-style ales, porters and stouts that had long been the norm. Another contributing factor was the infrastructure of Newark itself, which was strong on transportation, skilled labor and plentiful fresh water.

Yet the first part of the 20th century presented major challenges to the industry as the rise of the temperance movement, plus an anti-German sentiment that swept the nation in the wake of the First World War, would lead ultimately to the passage of the Eighteenth Amendment to the U.S. Constitution and the establishment of Prohibition: a nationwide ban on alcohol that lasted from 1920 to 1933.

Unlike many competitors, the Krueger brewery stayed in business during this time. Alongside other beverages such as soft drinks, they produced a “near beer” that contained less than 0.5% alcohol and was therefore within the confines of the law. When Prohibition was lifted by the Twenty-first Amendment, Krueger was in prime position to retool and immediately begin offering the real stuff again. 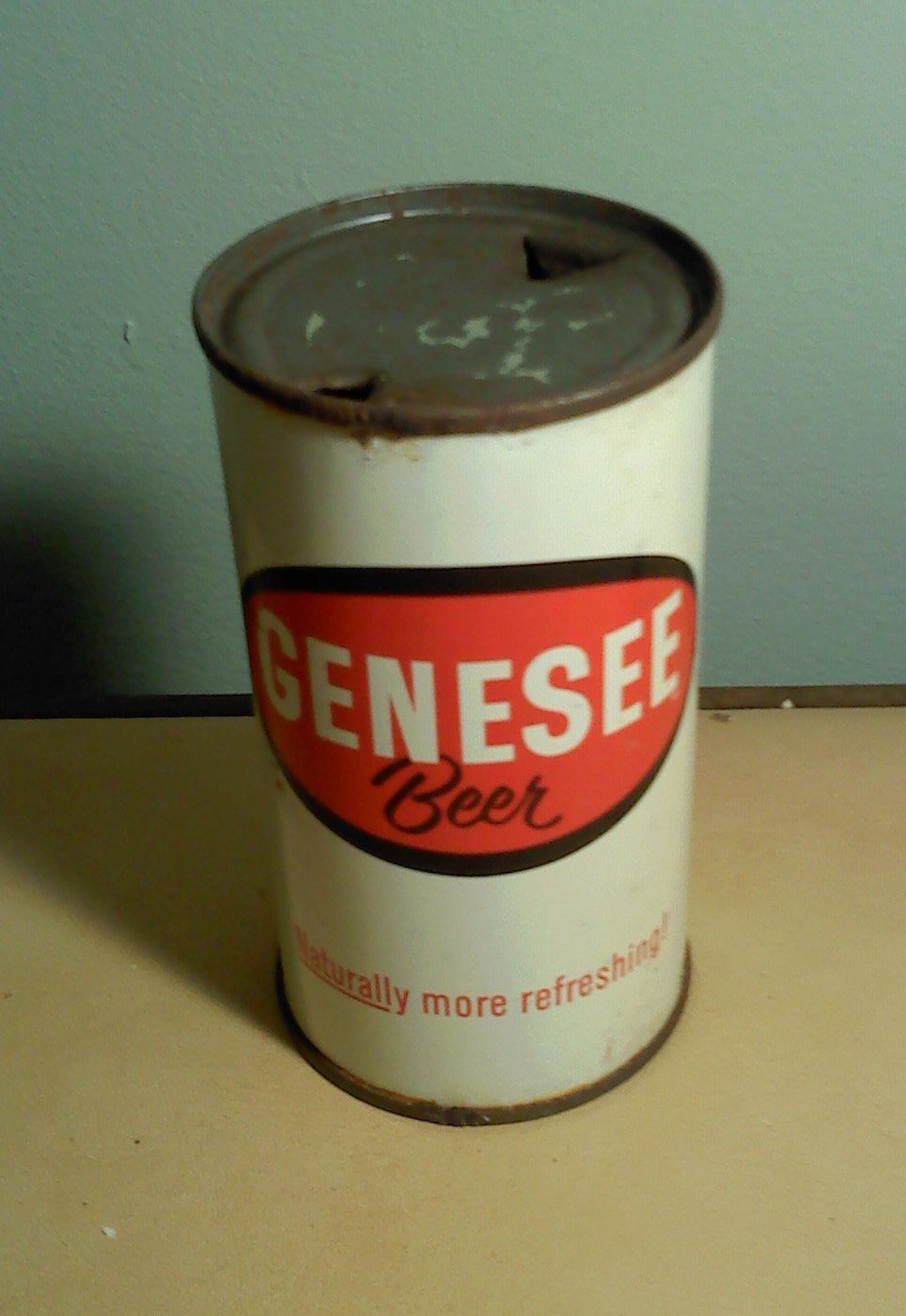 Beer can opened by church key. Source: Echnaret/CC BY-SA 3.0Meanwhile, following unsuccessful experimentation earlier in the century, the New York City-based American Can Company had engineered a can made of rephosphorized steel that could withstand the internal pressure created during the beer pasteurization process. The can also included an interior liner, made from a combination of enamel and a resinous pitch, to prevent the beverage’s flavor from being spoiled by interaction with the metal.

The pitch was similar to what was used inside kegs, leading to the adoption of the trademark "Keglined" to describe what was happening inside the can. Although the liner material would be replaced by a synthetic vinyl called "vinylite" prior to large-scale production, the trademark stuck.

Krueger decided to take a chance on the Keglined cans, which weighed nearly four ounces — about 750 times what an aluminum beer can weighs today. The cans required a piercer, commonly referred to as a “church key,” to be opened. Fearing failure in the Northeast, Krueger tested the innovation in the South — specifically in Richmond, Virginia, where the reception was decidedly positive.

The beer can, in fact, proved a perfect fit for the American home — which at the time was turning away from inefficient iceboxes and toward the groundbreaking innovation of mechanical refrigerators. Cans chilled the beer faster, took up less space than bottles and were both lighter and easier to transport. They also did not require consumers to pay a deposit fee that would be refunded upon return: The cans were simply discarded after use. 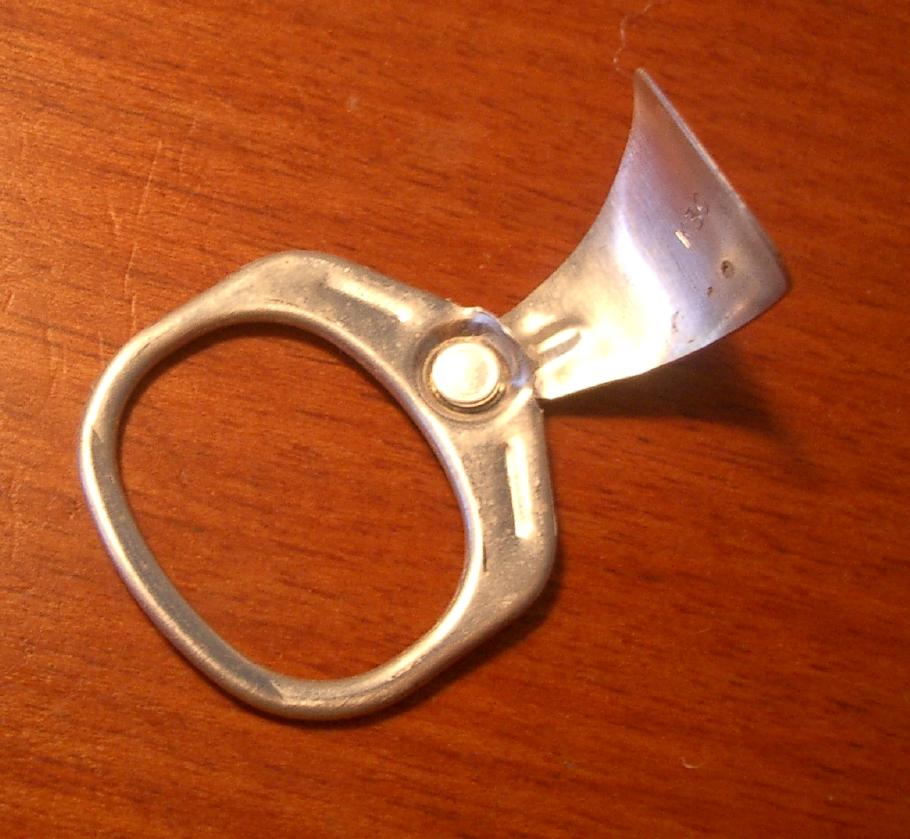 The pull-tab was an improvement over can opening via church key, but tabs were frequently discarded as litter.Beer can popularity soared during World War II, when brewers based in the United States shipped millions of cans to soldiers overseas. Further innovation would bring the recyclable aluminum can, introduced by the Adolph Coors Company in 1959; and the “pull-tab,” a new can-opening method introduced in that same year that would eliminate the need for a separate opener tool.

Created by engineer Ermal Fraze -- who decided a better method was needed after he left his church key home from a picnic one day and needed to rely on a car bumper instead -- the invention was a ring lever that would peel off a pre-scored triangular wedge of the can’s top as it was removed.

The pull-tab, however, proved to be a mixed blessing: Tabs were frequently discarded as litter, or even dropped into the can prior to drinking where they would create a choking hazard. The pull-tab was eventually replaced by Reynolds Metals Company engineer Daniel F. Cudzik’s invention of the “Stay-Tab,” a non-removable aluminum lever designed to push a pre-scored round area into the interior of the can.

Today, a quick search on “Beer Can Appreciation Day” is likely to return various events at nearby bars as well as suggestions on inventive ways to celebrate at home — everything from making beer can art to cooking up beer can chicken.

Clearly, there’s no wrong way to mark the occasion, but now that we’ve shared the backstory there is one suggestion that we at Engineering360 would like to add: Have a can of beer… and thank an engineer!

By posting a comment you confirm that you have read and accept our Posting Rules and Terms of Use.
Re: Engineers and cans of beer: Beer Can Appreciation Day
#1