Emissions rose in 2018 after 3 years of decline

A report estimates that U.S. carbon dioxide (CO2) emissions rose by 3.4% in 2018 after three years of decline.

The uptick was the second largest annual gain in more than two decades, and was surpassed only by a 3.6% gain in 2010 as the economy recovered from the economic recession. In 2009, emissions fell by more than 7% as economic activity slowed.

The research report, from New York City-based Rhodium Group, said that while a record number of coal-fired power plants were retired in 2018, natural gas not only beat out renewable energy resources to replace most of this lost generation but also fed most of the growth in electricity demand. As a result, power sector emissions overall rose by 1.9%. 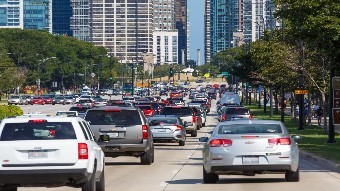 The buildings and industrial sectors also posted year-on-year emissions gains. Some of this was due to unusually cold weather at the start of 2018, the report said.

Energy-related CO2 emissions ended the year 11.2% below 2005 levels, a benchmark year for many emission-reduction policy initiatives. The research said that’s an uptick compared to 14% below 2005 at the end of 2017.

The U.S. target under the Copenhagen Accord is a 17% reduction in all greenhouse gas (GHG) emissions by the end of 2020. Assuming proportional reductions in other gases, the report said the U.S. will need to reduce energy-related CO2 emissions by 3.3% per year, on average, in 2019 and 2020 to meet the Copenhagen target.

"That is significantly faster than the 1.2% average annual reduction between 2005 and 2017," the report said. It added that the pace of energy CO2 emission reductions "will likely need to be even faster" as the decline in non-CO2 gases has underperformed that of energy-related CO2 in recent years.

To meet the Paris Agreement target of a 26% to 28% reduction from 2005 levels by 2025, the U.S. would need to reduce energy-related CO2 emissions by 2.6% on average over the next seven years, or faster if declines in other gases do not keep pace. The report said that’s more than twice the pace the U.S. achieved between 2005 and 2017 and significantly faster than any seven-year average in U.S. history. The Trump administration announced plans in 2017 to withdraw from the Paris Agreement and its emission targets.

Emissions of CO2 from fossil fuel combustion in the U.S. peaked in 2007, at just over 6 billion tons, the report said. Between then and the end of 2015, emissions fell by 12.1%. The recession played a role in that decline, but the carbon intensity of U.S. energy supply also dropped, primarily due to a switch in power generation from coal to natural gas, wind and solar. 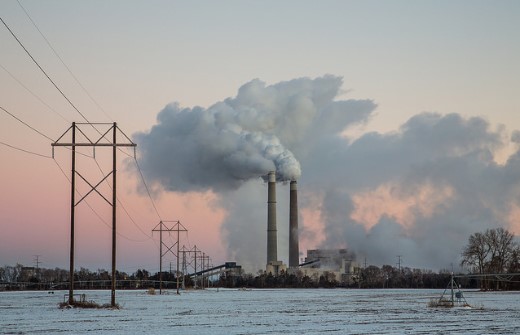 The research team based its findings on emissions data from the Energy Department's Energy Information Administration (EIA) for the first three quarters of the year, weekly EIA petroleum supply data, plus daily power generation and natural gas data from Genscape and Bloomberg.

As of the end of October, 11.2 gigawatts (GW) of coal-fired power generation capacity had closed in the U.S. With another 2.5 GW of capacity scheduled for retirement by the end of December. The report added that 2018 could end up being the biggest coal plant closure year on record.

U.S. power consumption increased meaningfully in 2018. Natural gas not only replaced most of the lost coal generation but also fed most of the load growth. Between January and October, U.S. power companies added a greater share of gas capacity than the share of retired coal capacity, and twice as much gas-fired generation went online as wind and solar capacity additions. Natural gas-fired generation increased by 166 million kWh during the first 10 months of the year. The report said that was three times the decline in coal generation and four times the combined growth of wind and solar.

The transportation sector remained the largest source of CO2 emissions in the U.S. During the first nine months of 2018, gasoline demand fell by 0.1% as efficiency gains offset an increase in vehicle miles traveled. Growth in demand for both trucking and air travel increased demand for diesel and jet fuel by 3.1% and 3.0%, respectively. Efficiency improvements and electrification are beginning to make a dent, the report said, although not enough to meet medium- and long-term U.S. emissions targets.

Preliminary fourth-quarter data suggests an accelerated decline in gasoline demand, an uptick in diesel demand and moderation in jet fuel demand relative to the first three quarters of the year. All told, the report estimated that transportation emissions grew by 1% in 2018, roughly the same as in 2017.

Turning to the industrial sector, the firm said that absent a significant change in policy or a major technological breakthrough, the sector is on track to become an increasingly large share of U.S. greenhouse gas emission in the years ahead (including non-CO2 gases). The report authors said they expect the sector to overtake power as the second-leading source of emissions in California by 2020 and to become the leading source of emissions in Texas by 2022.

Hmmmm . . . emissions as an economic indicator.

The recession made that obvious.

There's definitely a wobbly area in the forecast, between 'emissions up economy up' and 'emissions down economy up'. I don't doubt we're going there, but the question is, how successfully will it be navigated, and who will get broken or survive.

See the entire discussion on CR4, the Engineering Community
Advertisement
RELATED ARTICLES
Transport Sector Passes Energy as Largest CO2 Emitter, EIA Says
CO2 Emissions Are Both Down and Up, Data Shows
Study: US power sector emissions decline in 2020
Electricity Sector's Carbon Intensity Has Fallen Since 2005
As coal use recedes, CO2 emissions are on track to fall in 2019: EIA
Advertisement