Researchers Use Algorithm to Determine Most Influential Film of All Time 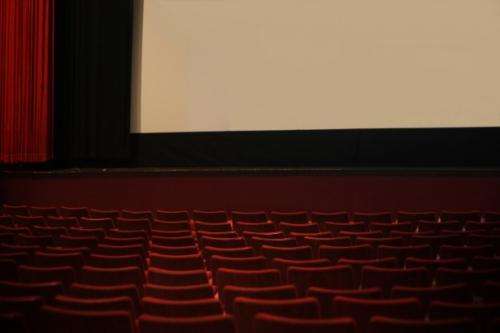 Because artificial intelligence (AI) is quickly becoming part of everyday life, it should come as no surprise that it would be applied to every industry imaginable, making sense of the world we live in. That is no less true for the creative world, where AI has been employed in everything from software that helps locate a person’s likeness hanging in a museum to creating artwork for consumers. Now, AI algorithms are being applied to determine the movies that have best resonated with audiences and that have subsequently influenced later films.

To make this determination, researchers explained that the lone parameter for determining an influence score involved how often the top films were referenced in other works.

Dr. Livio Bioglio, the lead author, said: "We propose an alternative method to box office takings — which are affected by factors beyond the quality of the film such as advertising and distribution — and reviews — which are ultimately subjective — for analyzing the success of a film. We have developed an algorithm that uses references between movies as a measure for success, and which can also be used to evaluate the career of directors, actors and actresses, by considering their participation in top-scoring movies."

When the algorithm was applied to directors, the five people with credit for "The Wizard of Oz" happened to be among the top eight most influential directors of all time, with Alfred Hitchcock (no. 3), Steven Spielberg (no. 5) and Stanley Kubrick (no. 6) filling in the spaces between.

The researchers recognized the distinct advantage that older films and their directors had with this approach, potentially influencing a greater number of films based on the sheer fact that they have been around longer. They responded by exclusively analyzing at later films and directors, and the list of influential directors changed with Alfred Hitchcock, Steven Spielberg and Brian DePalma occupying the top three spots instead.

The algorithms were then applied to actors, revealing that Samuel L. Jackson, Clint Eastwood and Tom Cruise were the top three most influential actors. The only actress to appear on the list otherwise dominated by male actors was Lois Maxwell for her repeated turns as Miss Moneypenny in the James Bond franchise.

Dr. Bioglio said: "The scores of top-ranked actresses tend to be lower compared to their male colleagues. The only exceptions were musical movies, where results show moderate gender equality, and movies produced in Sweden, where actresses ranked better compared to actors."

Measuring the influence scores of the 47,000 films examined in the study, researchers regarded the films as nodes in a network, calculating the connections among each of the films, determining their impact and influence on each other. Such methods of network science have been applied to other industries, such as the field of scientific publications where connections among research have been sought.

Dr. Bioglio said: "The idea of using network analysis for ranking films is not completely new, but to our knowledge this is the first study that uses these techniques to also rank personalities involved in film production."

Researchers envision their method being useful for film historians conducting research in the arts.

Rounding out the top three most influential films of all time, based on the researchers' algorithm, are "Star Wars" and "Psycho." The research team noted that those in the top 20 were all made before 1980.

The study is published in the journal Applied Network Science.

Re: Researchers Use Algorithm to Determine Most Influential Film of All Time
#1

Re: Researchers Use Algorithm to Determine Most Influential Film of All Time
#2
In reply to #1
Dennis R. Levesque

I was surprised it was "Wizard Of Oz". But after this reminder of this song, I realize how universal that sentiment is. I think that no matter how successful one is, There is always that desire to want more.

Why climb Mt. Everest? Because it was there? Once that objective has been conquered, eventually a new mountain/challenge is sought. In other words, no matter what you've conquered/achieved, a restlessness still grows within for another adventure.

This movie includes several "universal" characters, and everyone can relate to at least one of them.

It really is quite timeless. And, I love this song. Long time, no hear. Thanks.

Re: Researchers Use Algorithm to Determine Most Influential Film of All Time
#3

Do we really need Al seems humans have come a long way to make the world a dying planet and this Al will eventually take over ! Delete AL while e still have chose of our own ! The devil said but its dry heat !