Radar Used to Measure Moisture Levels in Soil and More 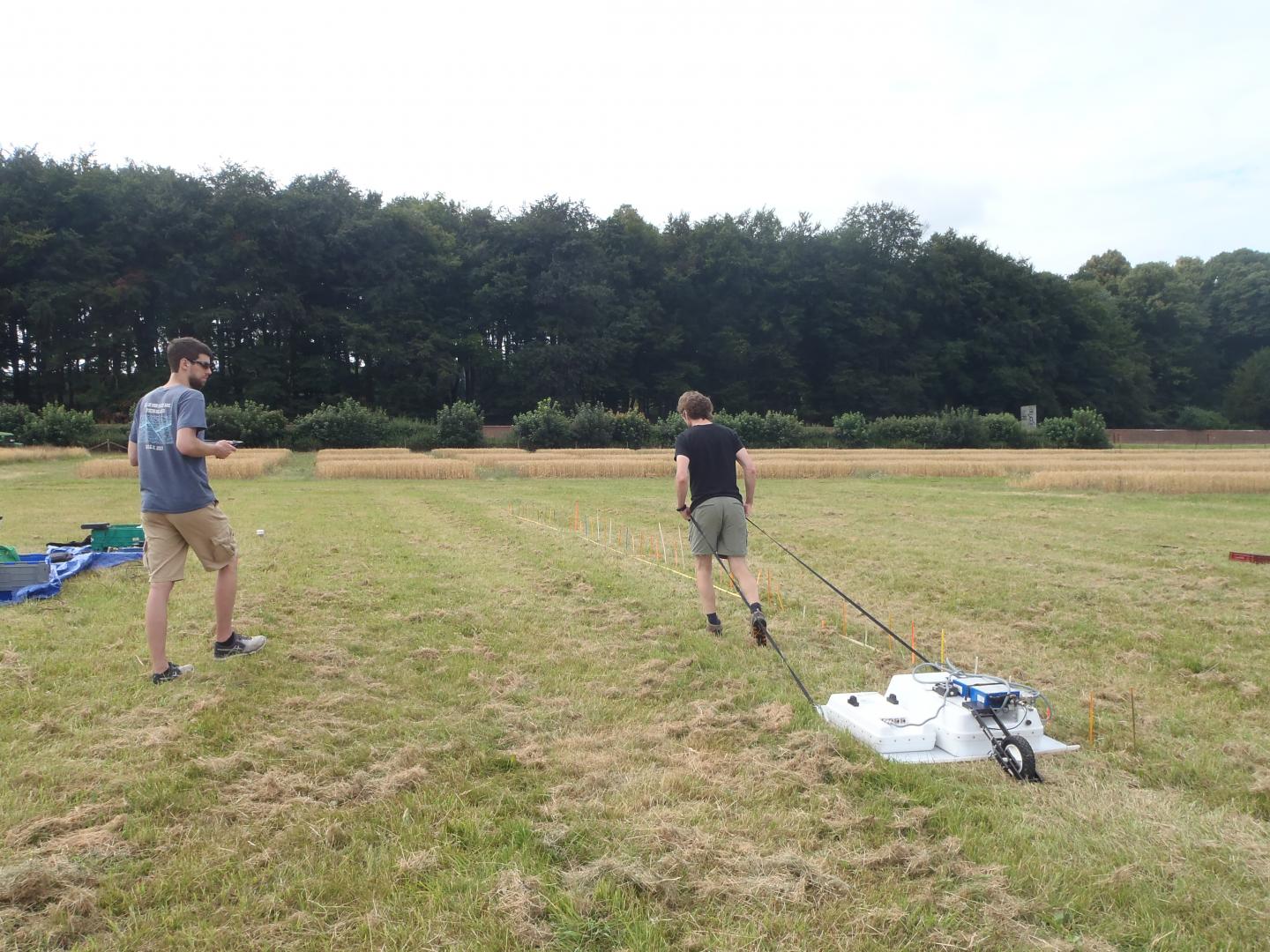 Rutgers University researchers have improved ground penetrating radar tools that farmers and soil scientists use to measure the moisture levels in soil. Researchers have also enhanced the tools to be used for more than just measuring moisture.

"It's a very common tool in research, agriculture, engineering, and the military for looking at buried objects and measuring water content," Jonathan Algeo, the main researcher behind the new development, explained, "One of its main benefits is that it is very fast. One example is a tool with a wheel that allows the radar to take measurements as you drag it along the ground. In this way, you can very quickly take measurements across a large field or a line that's miles in length. Radar can be used quickly over a large area to answer many different questions."

The upgraded radar tools could also find more than just soil moisture. The radar finds underground tunnels, bedrock, cracks of metal in bridge supports and additional data about soil health. How does the radar work?

"Ground penetrating radar uses two antennae. One puts out a signal and another receives it," Algeo said. "The outgoing signal is similar to a microwave or cell phone signal. That signal travels in all directions, but most of the energy is directed into the ground. When there is a buried object or a change in material, the radar signal reflects back to the surface, where it is picked up by the other antenna."

The radar waves move slower when there is more moisture; when the ground is drier, the waves move faster. Based on the wave data, the researchers can estimate the water content in the soil.

After the wave data has been gathered, equations and methods estimate water content. Algeo’s goal was to find out which methods work best.

According to Algeo, the best techniques used equations that analyzed early time signals. Early time signals are the first radar waves returned to the receiving antenna after traveling through the first soil layers. The strength of these waves is based on the water content of the soil. These waves are useful because they can be measured even in difficult, clay-based soils.

"In order for a method to get widespread use in industry, it needs to be proven beyond doubt by researchers like us," Algeo said. "We are trying to figure out all the details of where, how, and when early time signal analysis is most useful. This means users of ground penetrating radar will have another tool in their toolbox when they are trying to quickly measure subsurface water content. Ground penetrating radar is my favorite geophysical tool because we can get such a wide variety of information from the subsurface with it," he adds. "If there is a question about the subsurface, chances are it will be able to give you some insight into what's going on."

The paper on these developments was published in the Vadose Zone Journal.

By posting a comment you confirm that you have read and accept our Posting Rules and Terms of Use.
Advertisement
RELATED ARTICLES
The Importance of Subsurface Utility Mapping Technology
IoT Down on the Farm
Advanced Mine Detection Technology Being Developed
Vehicle-Mounted Sensors Monitor Road Conditions
Underground Radar for Post-Katrina Damage
Advertisement